Hello Lovelies! Wickeds Most wanted is a combination of novels I am waiting for and wishing. Sometimes I might have all of waiting, all of wishing or one of each.

This week added some new novels to my wishlist.  First I am loving the covers! Second they sound interesting. I can not wait to get my lovely hands on Awakening sounds like a good read with a brooding wolf shifter. 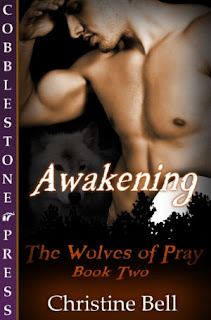 Eaten up by grief and guilt, it’s an effort just to get through the day. Now, after a year in mourning, his animal instincts have reawakened. As Sean struggles to control the need clawing at him, along comes Chandra and she wants more than just passion.

But if she refuses, she might blow her once chance to convince him that she can rock his world and fill the empty space in his heart. Will Sean let love in, only to risk having it taken away again?
New Adult 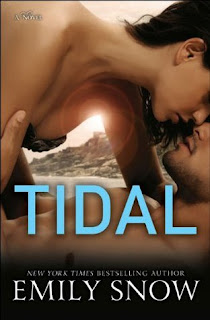 ﻿Tidal
by Emily Snow
Purchase Link: Amazon
Blurb by Goodreads
Now that Willow Avery is out of rehab, she's got one chance left to prove herself before she’s officially on every producer’s shit list. At least, that's what her parents and agent are claiming. She doesn't really give a damn if she never makes another movie or not—she just wants to get on with her life, get back to her friends, and find her next escape. But Willow is broke. And whether she likes it or not, acting is the only job she knows how to do.

When she accepts the lead in a beach drama, Willow finds herself in Hawaii. And in Hawaii, she finds Cooper, the gorgeous surfer hired to train her for her new role. With the bluest eyes she’s ever seen and the sexiest Australian accent she’s ever heard, Cooper’s different from the men she’s used to. He doesn’t want to use her. And he refuses to let her fail. But when an old friend re-enters Willow’s life—a friend whose toxicity she’s been drawn to time and time before and whose presence brings about the painful memories she's tried so hard to suppress—Willow will have to choose between the girl she was and the person she’s becoming. The lifestyle that helps her forget the pain and the guy she’s falling hard for.
Love to know what you are Waiting for or wishing this week. Leave a comment with your link.
Posted by JoLee @ Wickedly Delicious Book Blog
Email ThisBlogThis!Share to TwitterShare to FacebookShare to Pinterest
Labels: Christine Bell, Emily Snow, New Adult, Paranormal Romance, Wickeds Most Wanted