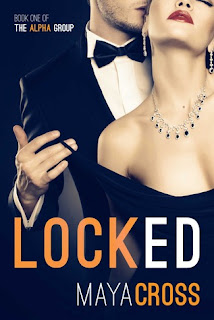 The bar Sophia Pearce is in doesn’t look like much. The wine is bad and the decor worse. But when a sudden attack of curiosity leads her to sneak past security and into the back room, she discovers something unimaginable. The most lavish party she’s ever laid eyes on, in the most unlikely of places.

But that’s nothing compared to what comes next, to the man she meets back there. Sebastian Lock. Gorgeous, commanding, and radiating charm, he is exactly the sort of silver-tongued rake Sophia has sworn to avoid. Unfortunately, he doesn’t care much for her promises.

Every instinct tells her to run, but the chemistry between them is as inescapable as gravity. Soon, he’s opening her eyes to a whole new world of pleasures, pleasures she never thought she’d enjoy.

There’s just one problem. Sebastian is more than he seems. Between the famous company he keeps and the almost paranoid secrecy of his employers, he’s a puzzle Sophia can’t quite solve, and his insistence on keeping things casual forces her to confront the demons of her past.

Can she learn to trust again? Or will Sebastian’s privacy tear them apart?

Note: This book is the first part of a trilogy that is designed to be read together, much like The Blackstone Affair. Sebastian and Sophia will get their happily ever after, but not until the last book.

Yes!! Finally a novel that has a beautiful sensual cover of the hero/heroine and not just an object. Lately novels are coming out with covers like Fifty Shades Of Grey using an object, even some of my favorite well known authors are changing their old novels covers to this or making their new novels covers like this. Thank You Maya Cross for not only a superb cover where I was able to picture the cover models as Sebastian and Sophia but a well written novel with strong will characters that feel so real.
Ok I am just going to come out and say it, I freakin want smooth talking Sebastian with his sexy suit wearing-tattoo-dirty talking mouth that he knows how to use in the bedroom. He does not date and love how he makes no apologies for it. He is so busy with work he likes to have casual flings that do not require the wining and dining. It is easier for him this way since he never knows if he has to leave at last minute on business. He knows what he wants and goes after it. What he wants is Sophia. He finds her to be intriguing.

Sophia is a strong will character that is not your clumsy damsel in distress heroine. She is gusty and has no problems letting others know how she feels. Her directness is perfect and not over the top. She stands up for herself and loved it more when an incident happens with her and Sebastian that she stuck up for herself.
The slow build to their relationship is perfect. It does not draw out or bang having sex right off the bat. He is persistent in having a casual fling with her but she is hesitant because her last boyfriend cheated on her. The sexual tension is hot the sex is steamy and well written with light BDSM. I loved how they both are doing something that they never done before. He never dates as in wining and dining and she has never had a casual fling.