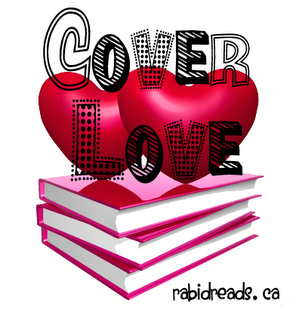 The Rules: Choose a cover (or two, or three), preferably new-ish, and share what you like about it. Grab my graphic or don't (just so long as you link back). I'll be posting Cover Love every Monday but feel free to post yours on whatever day works best for you. 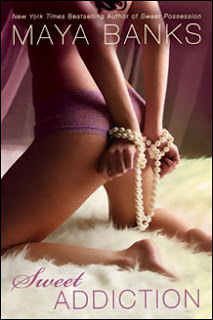 ﻿He awakened a need within her...
Cole is successful beyond his dreams. He can have any woman he wants, but there's only one he can't stop thinking about. His childhood sweetheart, Ren. He's never forgotten his first taste of innocent love and the desire that consumed them--or the pain he brought upon her...

But now she belongs to another...


Her long ago brush with submission awakened a longing in Ren that drove her to walk the darker edge of desire. She's become a beautiful woman at ease with her sexuality and unapologetic about her need for a dominant man. When Cole finds her again, he's gutted that she belongs to another. Ren's current master agrees to give her to Cole for a short time, but then she must return to his keeping. And though Cole agrees to this bargain, he knows he will never be able to let Ren go again... 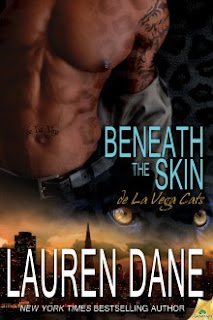 A whole world exists…beneath the skin.
Gibson de La Vega is the Bringer, one of the Alpha’s right-hand cats. It is his job to mete out justice and defend the law that holds their jamboree together.
After a contentious meeting with another jamboree, he’s shot—Mia stumbles onto the scene and saves his life. He’s immediately drawn to the female who dug three silver bullets from his body. Even after he discovers she’s a Porter, a family his own harmed grievously half a century before.
Mia has enough in her life. She’s recovering from a vicious hate crime—an attack using silver has affected her ability to do what she loves most. The last thing she needs is a bossy alpha cat like Gibson. A de La Vega no less.
Despite the myriad reasons to stay away, even as they continue to hunt down the would-be killers, their attraction deepens into something else entirely.
The answers they find bring that threat far closer to home than anyone could have imagined and it’ll be up to Gibson to end the mess once and for all. And up to Mia to stand at his side, even as he risks his life…

Warning: A super hot alpha male with a gruff façade, and an uppity female who’s not buying it. Some violence. Some red-hot sex. Bad words. Lots of fun.

Luvin the amazon warning. New reader to Lauren Dane and so far loving her writing. One of my fave covers with everything I love in my hero. This cover screams a dominate, sexy tattooed cat shifter. Well done with the blending of the cat eyes and skin into the body and city. 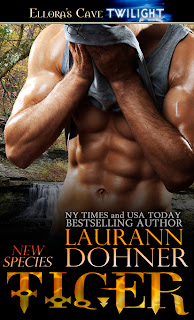 
Zandy’s had too much to drink and is in the wrong place at the wrong time. She knows she’s going to die. When next her eyes open, a beautiful man-creature is holding her in his arms. He’s just too tempting to resist; her very own fallen angel. She wraps herself around his body, determined to have him. But when this angel turns out to be flesh and blood, reality crashes in—she’s seducing a New Species.

Tiger’s shock quickly turns to intense passion when the human female kisses him, despite the fact she’s trying to get his clothes off while he’s engaged in a task force operation. He’s also made it clear he’ll never take a mate. Rather difficult when he and Zandy can’t keep their hands off each other. The taste and feel of his little human just leaves Tiger wanting more.

I can not wait for Tiger's story. Laurann has the best covers in her New Species series. They always have a sexy shirtless hero. I am thinking Tiger is my fave of them all. Not to bulky and love how he is wiping the sweat off his face with his shirt in front of a nice outdoor background. Yummy!!