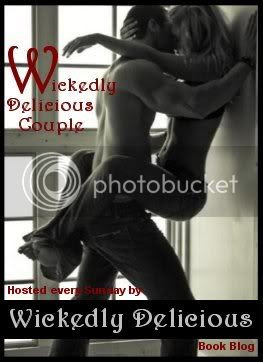 Who is your Wickedly Delicious Couple?


How to join:
My Pick this week: 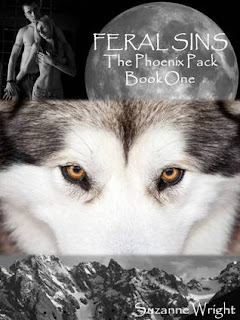 If your inner wolf and your body react rather enthusiastically to a psychotic Alpha male who’s own wolf has a tendency to turn feral, it can’t be a good thing, can it? Entering into a bargain with him wouldn’t be good either. Unfortunately, Taryn Warner, a latent wolf shifter, doesn’t have many options open to her right now. Okay, she has no options. Basically it comes down to whether she’ll do what it takes to escape the arranged mating with the sick SOB that her father set up. As the answer in this case is yes, it looks as though she’ll have to agree to Trey Coleman’s deal…she’ll have to mate with him instead.

Having always disliked shifter politics, Trey Coleman hadn’t bothered trying to form alliances with other packs. Now that his uncle – a wolf with many alliances – means to take Trey’s territory and his pack, he has no option but to form some alliances of his own very quickly or he’ll be easily outnumbered in the upcoming battle. He figures that the easiest way to do that would be to mate with a female who’s Alpha is powerful and influential. There’s only one problem with that – he would then be stuck with her, and the last thing Trey wants is a mate. When he hears of Taryn’s situation, he offers her a deal – if she falsely claims he’s her true mate and allows him to claim her, he’ll save her from her arranged mating and then let her leave after the battle with his uncle is over.

Sounds like a pretty straightforward deal...but soon Taryn and Trey realize they got more than they bargained for. Their mating instincts to protect and possess are weighing on them, they crave each other’s touch and company, and their inner wolves don’t like it whenever they’re apart. Add in that they’ll have to deal with this for an entire three months until the day of the battle finally arrives, and they’ve got themselves a recipe for disaster – or maybe for something quite the opposite.

Warning.... I love my sexy teasers (especially against the bathroom wall) that are not for the faint-hearted.

Why:
Loved this book, with Taryn and Trey. This book is just like the Warning Say's Taryn is a sarcastic Alpha female especially those LOL moments with his grandma. Trey is a dirty talking, broody possessive Alpha male. They do have steamy bedroom battles for dominance. He can also be so sweet, especially when she was having a bad day remembering her mother's death.

Loved Taryn when she was feisty and took no crap from Trey.
"We should probably clear this up right now, psycho boy. I don't have a submissive bone in my body so don't bark at me unless you're happy to be ignored."

Possessive Dirty teaser:
Trey is a very possessive hero.
Trey removed his teeth from her nape and whispered in Taryn's ear loud enough for only her to hear. "You know Tao's out there, don't you? I'm glad he's watching. I want him to see my cock thrusting in and out of  you. I want him to remember that it's me who fucks you- not him, not anyone else.

Sexy Teaser:
He is a wicked lover in the bathroom.
Her head snapped up as she growled. "Stop branding me!"

He smiled. "Why would I want to do that, baby?" Without warning he dragged her from the counter, keeping her legs wrapped around his waist, and slammed her back against the wall. Then he plunged a finger into her ass and she cried out. "That's where I'm going to be soon, Taryn," he promised as he continued fucking her feverishly.

"No" she bit out, ignoring the carnal bliss of  the double assault to her body.

"Oh yeah your ass is going to squeeze me so tight, just like this sweet little pussy I'm fucking.