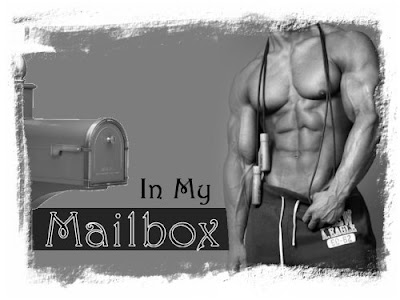 Not only does The Edge of Courage sound good but it got me with "Alpha Warriors". You know I am sucker for those heroes with an Alpha Attitude. Hawk sounds like a sexy alpha male seal in Hunter.  As for Deadly Shadows, I love books with Brothers. Those Kinncaid brothers sound yummy.

Haunted by memories he cannot reach, stalked by an enemy bent on revenge . . .

Rocco Silas has come home to Wyoming after long years as a Red Team operative in Afghanistan. It isn't easy returning to civilian life, especially burdened as he is with a staggering case of PTSD or hunted as he is by an enemy determined to seek an eye-for-eye--neither of which can he battle until he confronts the truth of what happened one fateful day in the high mountain ranges of the Hindu Kush.

Mandy Fielding's dream of opening a therapeutic riding center on her family's ranch is almost within her grasp--until she hires Rocco Silas, a dangerous ex-Spec Ops friend of her brother's. His haunted eyes and passionate touch promise a love she never dared believe possible. Can they confront the truth of his past and build a future together or will the enemy stalking him destroy them both?﻿
~~~~~~~~~~~~~~~~~~~~~~~~~~~~~~~~~~~~~~~~~

Blurb:
From the talented pen of Gennita Low comes the second installment in her exciting Navy SEALS trilogy.

Hawk McMillan, SEAL commander, is on a lone mission. To get close to Dragan Dilaver, a Kosovo kingpin involved in drugs and arms–trafficking, Hawk helped him escape from Asia and return to his former country of Yugoslavia. Now Hawk has to discover where certain weapons have been dropped for Dilaver over the diverse regions of Montenegro, Macedonia and Albania –– not an easy task for someone unfamiliar with the territory. In order for the operation to succeed, he needs a tracker and the only available person is CIA contact agent Amber Hutchens.

Beautiful and smart, Amber has made a life for herself in Velesta, Macedonia and she is more than capable of assisting Hawk in finding the cache of hidden weapons. Despite the danger of exposure and torture, they risk everything in their mission to strike down Dilaver and his ruthless gang –– even their love.
~~~~~~~~~~~~~~~~~~~~~~~~~~~~~~~~~~~~~~~~~~~~~~
Deadly Shadows (Deadly #1)
by Jaycee Clark
Purchase Link: Amazon
E-book 307 pages
Goodreads
Blurb:
Shadows whisper and the words are deadly.

A small, friendly Colorado town, nestled in the breathtaking Rockies, cloaks a malevolence, an evil that stalks women.

Jesslyn Black, a writer, is content living her now-single, childless life. If she keeps to herself, she can’t get hurt. Haunted by the past, Jesslyn never again wants to experience the soul-shredding pain of losing loved ones.

But a murder changes that.

Aiden Kinncaid is running from his own secret loss. As the CEO of Kinncaid Enterprises, he travels to this remote Colorado resort town to oversee the opening of the new Highland Hotel. Though he’s not interested in any kind of relationship, he finds himself drawn to this temperamental, brown-eyed beauty. And her rough-edged attitude is a challenge to him.

But whether or not either sought a relationship—they’ve found one. Aiden wants to protect Jesslyn even if she claims she can take care of herself, and she finds she can’t stop thinking about Aiden, even when he annoys her. Will they get their second chance at love and life before the killer eliminates one problem he doesn’t need?
Posted by JoLee @ Wickedly Delicious Book Blog
Email ThisBlogThis!Share to TwitterShare to FacebookShare to Pinterest
Labels: In My Mailbox