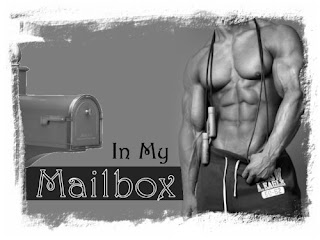 I am so excited today. Got a new ebook. I have never read anything by Nicole Hill and Legacy Forgotton sounds like a good Paranormal Romance with a vampire hero.  Hopefully I can start on it soon. Urgh..I am still freakin paiting our hallway. I have been painting since the sunday before last.  Really it should not take this freakin long.


Have you read this or have it on your TBR pile? 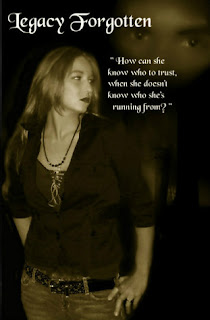 Blurb:
Ailis has spent her entire life pretending that she did not have powers because her mother deemed them UN normal and therefore bad. Her grandmother spent the first years of Ailis’ life teaching her, preparing her for a great destiny. When her mother found out she moved them to California and away from her grandmother and teacher. So she decided to spend her life on the side of law enforcement. She is still doing great things. Her only problem now is that she is pretty sure that the serial murders her homicide unit is investigating are not being committed by a human. In walks the most gorgeous man she has ever seen. What’s wrong with that? Ailis not only knows that he is a vampire but she also knows that he is the one who’s been draining child molesters and murderers and leaving an empty carcass for her to find. Still, he does not seem like a bad guy to her. During her investigation she unearths secrets about her families past that takes her half way across the world to right a wrong that occurred hundreds of years ago. Can she trust this vampire to help her solve a mystery that could very well end up with her being life challenged herself?
Dangerously attractive vampire, Kenneth has been around long enough to know that there are no such things as coincidences. That’s why, when he meets the undeniably strong willed homicide detective Ailis, he knows that there is a good explanation as to why she looks identical to his long dead fiancé. He just has to figure out what that would be. He decides to look into it and quickly discovers that she may look like his fiancé but she is independent and don’t take any crap. It doesn’t take long for her to remind him that he has a heart and what it feels like when it is breaking. When his one hundred year nemesis shows up in Miami and tries to force Ailis to join him, he realizes that her powers are worth something to even the worst of his kind. He pledges to protect her from any danger as long as he is still breathing. If those trying to keep her from fulfilling her destiny have anything to do about it, that won’t be long at all.