June is a good month for reading. Tons of  delicious books coming out from authors I follow and some new series I have not read but are from talented authors. 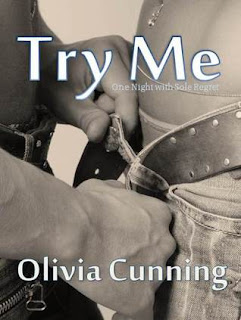 Blurb by Goodreads
For the five sexy rock gods of Sole Regret, finding love is easy, keeping it is hard.

Melanie has no desire to meet the members of the rock band, Sole Regret, but her groupie of a best friend gets them both backstage and then rushes off with the band’s lead singer. Left alone at an after party with a bunch of scary tattooed and pierced metal-heads, sheltered Melanie is relieved when the only normal-looking guy in the room insists on keeping her company.

By the time Melanie discovers that Gabe is the band’s drummer and not as normal as she assumed, she has already made a complete fool of herself. She can’t help but be interested in him, not as a rock star, but as the sexiest man she’s ever encountered. Strangely attracted to his hidden tattoos and body piercing, she wonders what it would be like to spend a night with a bad boy.

Gabe is more than willing to show sweet Melanie there’s more to him than meets the eye. All she has to do is try him. Will they only share a single night of passion? Or will their hearts entangle as quickly as their bodies?


I have A Touch of Crimson (Renegade Angels Series #1) on my TBR pile. 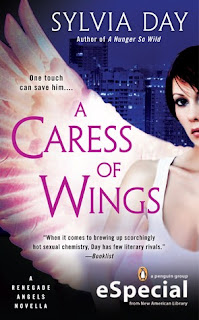 Blurb by Goodreads
Sylvia Day takes us into a shadowy underworld, where a powerful angel breaks all the rules by falling for the mortal whose life she's saved...

Chained in the dark, Trevor Descansos endures pain and terror as vampires slowly drain the life from him. He finds mercy in Sentinel Siobhán, a beautiful avenging angel with lethal wings. She draws Trevor from the depths of hell, wrapping him in the softness of the same feathers that she wielded like blades to cut down his tormentors.

Ageless and eternal, Siobhán has seen too much to be surprised by anything, but the mortal she finds in the pit of a vampire den shakes her to the core. Broken and near death, his ravaged masculine beauty stirs the heart she hadn't realized she possessed. Though she's tasked with eradicating the vampire disease sweeping across her world, she nurses Trevor back to health, healing him even as he awakens a forbidden longing.

But the true test has yet to come. Siobhán faces an even darker fate than Trevor's, as she falls from grace into mortal love...


Love Shayla Black Wicked Lovers series. I am on Surrender To Me #4. 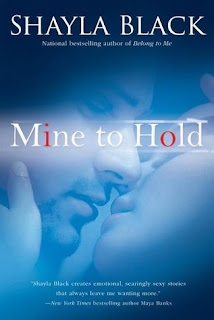 Blurb by Goodreads
A friend’s duty.

Tyler Murphy was an LAPD detective, single and happy—until a near-fatal tragedy crippled his friend, fellow detective Eric Catalano. While he supported Eric, he also became a shoulder for Eric’s wife, Delaney, to cry on. But with one naughty suggestion from Eric, a drunken night with Delaney spilled into erotic abandon. Before it was over Tyler saw his best friend’s wife as a woman and yearned for more. When Eric struggled to deal with the aftermath, Delaney begged Tyler to leave. Crushed, he fled to Louisiana, hoping to escape his longing for the one woman he could never have again…and unaware of what he’d left behind.

After two years of living with regret, Tyler finds Delaney on his doorstep, her husband having abandoned her long ago. She’s protecting a shocking secret and desperately needs refuge from a killer determined to see her dead. As they fight to stay alive and catch the stalker, they struggle to resolve the guilt of their past pleasures. But they can’t deny that what was once a spark is now a flame burning out of control. To possess Delaney — body and soul — Tyler must heal her pain and thwart the evil that’s a mere breath behind her..
~~~~~~~~~~~~~~~~~~~~~~~~~~~~~~~~~~~~~~~~~~~~~~~~~


Love Lauren Dane writing. Have not read this series yet. 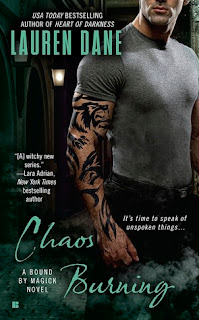 Blurb  by  Goodreads
From the “always fabulous Lauren Dane”* comes her new novel of a treacherous family legacy, a temptation just as dangerous, and an evil so depraved it can only be spoken of in whispers…

The life of Lark Jaansen, hunter in Clan Gennessee, has been shaped by violence and unrest—and it defines her future. Well-trained and resilient, she’s met her militaristic match in Simon Leviathan, a warrior not of this world. Locked in mutual admiration, and a desire so hot it burns, Lark and Simon have something else in common: they love the dark, and as a shadow is cast over their world, they’re each coming into their own.

I have read UnRidden (Studs in Spurs #1) by Cat Johnson and enjoyed it. I have not read this series yet but it does sound interesting. 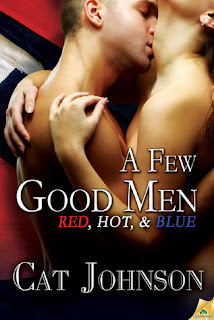 Blurb by Goodreads
He has met the enemy…but he’s never fought desire like this.

Deployed in the deadliest place on earth, Army Staff Sergeant John Blake relies on caffeine, adrenaline, years of training and sheer force of will to get through his days. He has no problem with his tank crew passing around a sexy romance novel, but John’s a fighter, not a lover. He’ll pass.

Winding up as the author’s accidental pen pal wasn’t in his plan, but there’s something about her sweet, caring emails that has him looking forward to checking his inbox.

Gradually, the emails between the war-hardened warrior and the writer of passionate prose heat up to the point of keeping them up warm and wanting at night. Soon they’re wondering if it’s possible to build something solid out of cyberspace, or if it’s just an emotional mirage that will dissolve in the heat of reality.

This book was previously published.


I know a lot of us are waiting for Once Burned. Love Cat and Bones from Night Huntress series. 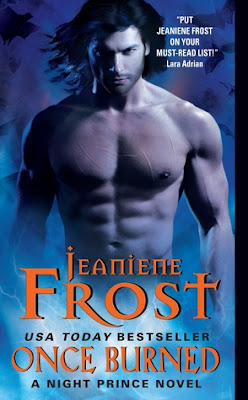 Blurb by Goodreads
She's a mortal with dark powers...

After a tragic accident scarred her body and destroyed her dreams, Leila never imagined that the worst was still to come: terrifying powers that let her channel electricity and learn a person's darkest secrets through a single touch. Leila is doomed to a life of solitude...until creatures of the night kidnap her, forcing her to reach out with a telepathic distress call to the world's most infamous vampire...

He's the Prince of Night...

Vlad Tepesh inspired the greatest vampire legend of all—but whatever you do, don't call him Dracula. Vlad's ability to control fire makes him one of the most feared vampires in existence, but his enemies have found a new weapon against him—a beautiful mortal with powers to match his own. When Vlad and Leila meet, however, passion ignites between them, threatening to consume them both. It will take everything that they are to stop an enemy intent on bringing them down in flames.
~~~~~~~~~~~~~~~~~~~~~~~~~~~~~~~~~~~~~~~~~~ 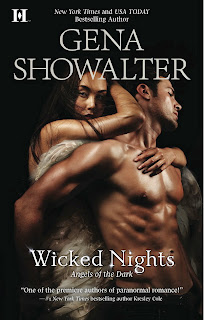 Blurb by Goodreads
From the New York Times bestselling author who brought you the Lords of the Underworld comes a dark, seductive new series featuring angels poised on the brink of destruction....   Leader of the most powerful army in the heavens, Zacharel has been deemed nearly too dangerous, too ruthless-and if he isn't careful, he'll lose his wings. But this warrior with a heart of ice will not be deterred from his missions, at any cost...until a vulnerable human tempts him with a carnal pleasure he's never known before. Accused of a crime she did not commit, Annabelle Miller has spent four years in an institution for the criminally insane. Demons track her every move, and their king will stop at nothing to have her. Zacharel is her only hope for survival, but is the brutal angel with a touch as hot as hell her salvation-or her ultimate damnation?

Cynthia Eden is a talented author that writes great Romantic Suspense and Paranormal Romance. I have read Hotter After Midnight (Midnight Trilogy #1), Deadly Fear (Deadly Series #1) and Night Watch series. Have not read The Fallen series yet. 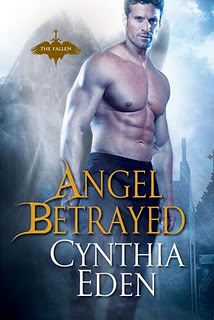 
Blurb by Goodreads
A LITTLE BIT OF ANGEL LUST.

Sammael – call him Sam – was an angel once. An angel of death. But the dispassionate, watch-from-above thing just wasn’t working for him when it meant watching evil torture innocent souls day in and day out. It might have cost him his wings, but these days, he gets to apply the direct method on the bad guys. Problem is, what’s making his life difficult is a bad girl…


Love The Rough Riders series by Lorelei James. Sorry no Blurb yet for Kissen' Tell. 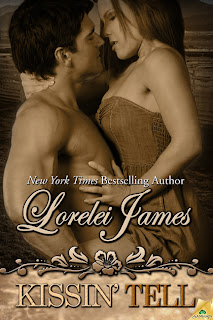