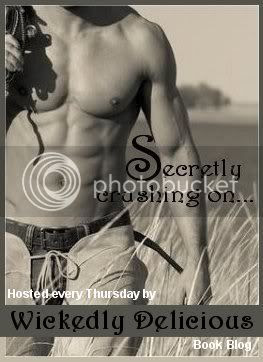 Hello Lovelies. Secretly Crushing On  is a weekly feature that is held on Thursdays, hosted by me from  Wickedly Delicious Book Blog.  This is a blog hop geared towards book lovers preferably ages 18+ with the objective to find and visit other blogs that share the same interest as you... a love for Sexy Reads with  a Hot Hero your are Secretly Crushing On. It can be an old book or new read. 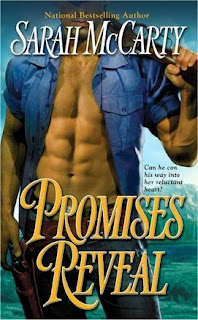 Blurb:
He’s a man who survives by his wits and lives by his own code.  Along the way he’s left a trail of broken hearts, broken bones, and quite a few broken laws. But when he gives his heart to the right woman, it comes with a promise he’ll never, ever break……

﻿Dedicated artist Evie Washington doesn’t fancy herself the marrying kind. But the moment she admitted that her faceless portrait of a naked man was modeled on the devilishly handsome Reverend Swanson, the whole town assumed her innocence had been ruined. Now her family’s determined to save her reputation—even if it means taking away her hard-won freedom.
It's Brad “Shadow” Swanson's preacher status that's a pose—to avoid the law . Now he's been convicted of the one crime he didn’t commit. And if he doesn’t step up and marry Evie, he’ll have to admit his true identity and replace his collar with a noose. Of course, a life sentence in the spirited beauty’s bed wouldn’t exactly be torture—and it just might be the key to making an honest man out of him…
~~~~~~~~~~~~~~~~~~~~~~~~~~~~~~~~~~~~~~~~~~~~~~~~~~

Why:
Brad is sweet , protective, sexy and possessive. I have only read this book in the series. I do plan on reading the others.  Her Heroes are yummy with an alpha attitude, especially her Hell's Eight series.

I do love a protective/jealous/possessive hero:

Evie jerked her arm. She might as well have been tugging against iron. "I'm not hysterical."
Brad, darn his hide, just kept smiling that same pleasant smile he'd been wearing since he walked in the door. "I'll keep that in mind." He still didn't look at her. "And Herschel?"

"You touch my wife again and I'll kill you."


He is a wickedly delicious lover: Love this part with a old wooden table, next to the door to the church and later the mother knocking.  Here is just a little teaser, really must read to get the whole effect. Loved It!!! Enjoy lovelies.

Cotton tore again as he made room for the press of his mouth. The church door rattled under the breeze. She almost jumped out of her skin. From the corner of her eye the cross over the alter loomed.

"We're going to hell for this."

His tongue slipped between her folds in a leisurely pass. "It'll be a fun trip."

"Getting less annoyed by the minute." His tongue laved, lips kissed, teeth nipped.

She gasped under the searing bolt of lightning that shot deep. "Someone could come in."

"Then you better pay attention and get over your hysteria fast, because I'm not stopping until you do."