Sweet Temptation: Spiders In The Grove by J.A. Redmerski 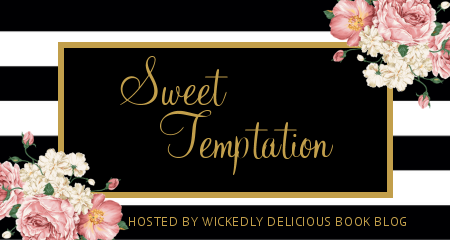 Lusting for Covers is a weekly meme, held on Sunday, that allows bloggers to share their current cover obsession with fellow book lovers. This meme is hosted by TBQ @ TBQ'S Book Palace 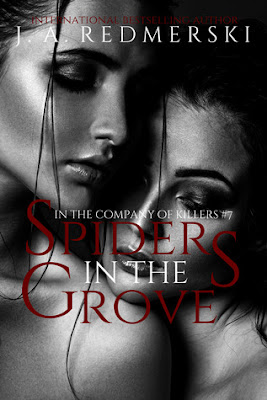 Spiders In The Grove by J.A. Redmerski

Izabel and Naeva find themselves right where they wanted to be in Mexico: captured and held in the slave compounds owned by the Ruiz family. But the two are soon separated and forced into very different—but equally dangerous—situations. Izabel spends the next three weeks playing a role she never expected she would get the opportunity to play, but her luck runs out when Naeva’s life hangs in the balance, and only Izabel can save her. But at a terrible cost. If Izabel chooses to help Naeva, it will expose a lie she has been carrying on her shoulders since she met Victor Faust. A lie that will not only potentially make everyone in Victor’s Order distrust her going forward, but one that will also blow her carefully constructed cover In Mexico, and that could get her killed.

Fredrik, still looking for his serial killer, does not have to look long—the killer finds him. And Niklas’s past catches up to him when an old enemy comes back for revenge. But it will be Victor’s actions that shake up those left in his Order, and ultimately, be its downfall.


Thoughts: I am combining My Sweet Temptation Feature and Lusting For Covers Meme from  TBQ @ TBQ'S Book Palace.

I have loved all the covers for this series. They have all portrayed the characters with each of their books and the plot. I like the black and white with some red font.

I am a huge fan of this series and get excited with each new book. I am not one to read Suspense other than the sexy hero Roarke from In Death Series by J.D. Robb. I felt when In The Company Of Killers first came out with Killing Sarai it was more of a Romantic Suspense but by the third book Fredrik story I defiantly seen the turn in the series to more of suspense. I was happy with the way she went with the series.  As J.A. Redmerski states in Fredrik story, this series can be categorized as Crime, Suspense, Thriller, Mystery, Psychological Thriller and sometimes Romanic Suspense. It does have the elements of love and romance but not enough to actually fall into those categories.  That is the best part with each book I never know what I am going to get. J.A. Redmerski is not afraid to shock readers with any crazy twist, that for me have never been over the top, eye rolling ridiculous. She does not throw crazy things in there to just make it a shock factor. No, she is a brilliant writer that all of the  twist and turns have been true to plot. If anything  in some cases if she would of written them different it would of felt off in the plot. Now I am eager for book #7 because the plot has been leading up to this moment for a few books. Can not wait to see how everything plays out.