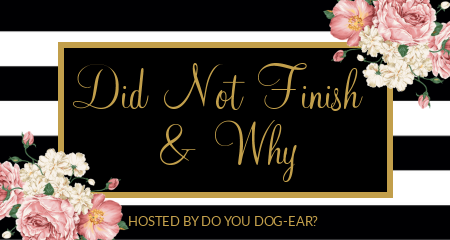 DNF&Y is monthly meme hosted by Do You Dog-Ear. It allows bloggers to share at the end of the month their Did Not Finish and Why. What one didn't like about something, might be what another love, so it helps to share your thoughts even when they're negative. Please, No author-bashing!
Hello.  Well sad to say but I Did not finish 2 books for February.  I am a huge Biker Romance fan so both my DNF were biker related. 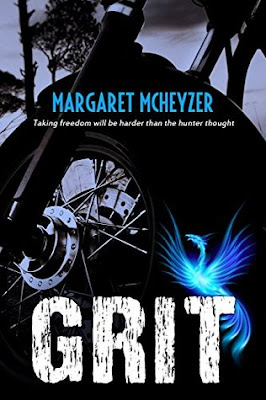 ***Recommended for 18 years and over***
Jaeger Dalton wants the land that was promised to him.
Phoenix Ward isn’t about to let anyone take Freedom Run away from her.
He’ll protect what’s his.
She’ll protect what’s hers.
Jaeger is an arrogant ass, but he wants nothing more than Phoenix.
Phoenix is stubborn and headstrong, and she wants Jaeger out of her life.
Her father lost the family farm to gambling debts, but Jaeger isn’t the only one who has a claim to the property.
Sometimes it’s best to let things go.
But sometimes it’s better to fight until the very end.

Thoughts: It breaks my heart I am actually not finishing Grit. After reading the blurb that seemed refreshing in a Biker Romance that after awhile the plots seem to be all the same I had to try a sample.  I read the sample and was hooked from the beginning that I had to buy it. I fell hard for Jaeger and Phoenix. Both strong headed characters. Yes he is a ass at times, tell things how they are, does not sugar coat anything but it always flowed with the plot. He does have a softer side with his actions when it comes to her as she also has a caring side as well. I loved how she would challenge him but does not do it on purpose. When he is being an ass I loved that she has no problem putting him in his place.

My issue I had was the over the top "suck me off" remarks. It seems that is all the hero wants and says. Here and there is fine as I do love my dirty talking heroes but oh my goodness it was so overdone I could not take it. It really was ruining the flow of the book for me. It is to the point him just making remarks about "suck me off" not even during a sexual scene. Seriously they could be having a fight or just a normal conversation with her walking away and with him telling her "suck him off", well those are not his exact words but I am sure you get it. So I called it quits 58% in the middle of a  sex scene.
DNF at 58% 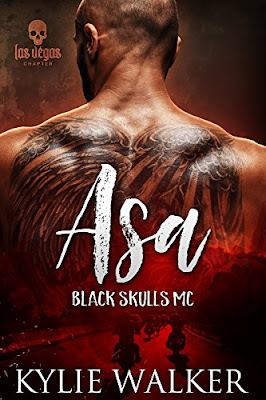 Samantha Wilde will do anything to be seen as a serious reporter. She's tired of writing articles about blemish concealer or why Goldie Hawn has aged so well. She now has her chance. Go down to Black Fall's and find out who killed Johnny Fox, ex-VP of the Black Skulls MC.

When she goes undercover and meets Asa Boone she gets in way over her head. The tattooed, intense, muscled biker is utterly delicious in every way possible and the best sex of her life. One taste and she's addicted. She needs more. But she know's that Asa is hiding something and when she finds out the truth she has to make the most important decision of her life. Completely destroy the man she has fallen for or be recognized as the reporter she has always craved.

Thoughts: Not going to lie but Asa sexy cover got me clicking for more info. I was all ready for an intense read with Asa. After reading the awesome blurb I just had to read it as soon as I could. A reporter that goes undercover in a Motorcycle Club sounded refreshing in the biker romance world. The extreme I was looking for was between the hero and heroine as he would not know she was under cover for a while. That is not what I got.

First off  Asa the hero finds out in their first meeting that Samantha the heroine is a reporter but the rest of the MC does not know. Even though Asa knows she is a reporter I was still giving it a try as I assume the plot will be about his club not knowing.  I still enjoyed the begining and loved his character. He was intense but also had a laid back vibe going on. The sexual tension was off the charts hot. Well liking his character was short lived.

Second off I was on the fence of Samantha. There was just something about her that I could not connect with. But I was willing to give her character a try. Well her character was also short of lived.

All it took was a poorly written first sex scene for me to call it quits. Asa was so out of character. He slaps the heroine during sex. I took it as he wants to rough her up a bit so she will not continue her story with the MC. You know scare her away to protect her from the MC.  It could be he likes his sex rough. I do not know as I did not finish the book. It did not help that Samantha  said "I love you" right after she "peaked over the edge of ecstasy" right after they had sex for the first time. They have known each other for a few days. Even she was thinking wow that is too soon.