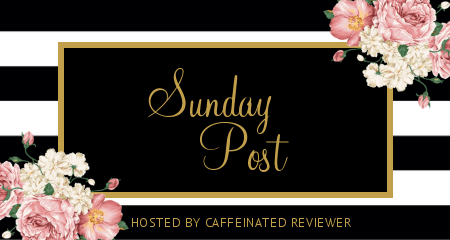 Sunday Post is a weekly recap hosted by Caffeinated Reviewer.
Stacking the Shelves is hosted by Tynga's Reviews
Hello. I hope everyone kept warm and is healthy. I had a lazy Sunday and I loved it. My Sunday post as you can see is a day late. I watched some Winter Olympics with the hubby and played with my grandson and his toys. I did do the dishes so I did feel like I got something done in the house.
FREE
I picked up 2 freebies this week out side my genre from Mary at Stacking My Book Shelves Awesome blog that has reviews and  post free ebooks daily.  Books were still free at time of post. 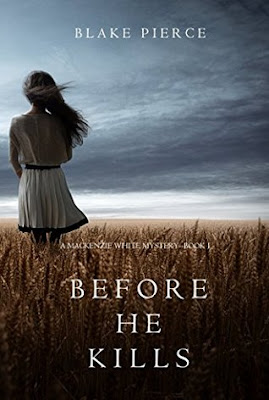 In the cornfields of Nebraska a woman is found murdered, strung up on a pole, the victim of a deranged killer. It doesn’t take long for the police to realize a serial killer is on the loose—and that his spree has just begun.

Detective Mackenzie White, young, tough, smarter than the aging, chauvinistic men on her local force, finds herself called in grudgingly to help solve it. As much as the other officers hate to admit it, they need her young, brilliant mind, which has already helped crack cold cases that had left them stumped. Yet even for Mackenzie this new case proves an impossible riddle, something the likes of which she—and the local force—have ever seen.

With the FBI called in, together, an intense manhunt ensues. Mackenzie, reeling from her own dark past, her failed relationships, and her undeniable attraction to the new FBI agent, finds herself battling her own demons as her hunt for the killer takes her to the darkest places of her mind. As she delves into the killer’s mind, obsessing over his twisted psychology, she finds that evil truly does exist. She only hopes it will not be too late to extricate herself from it, as her entire life collapses around her.

As more bodies turn up dead and a frantic race against time ensues, there is no way out but to find him before he kills again.

A dark psychological thriller with heart-pounding suspense, Before He Kills marks the debut of a riveting new series—and a beloved new character—that will leave you turning pages late into the night. 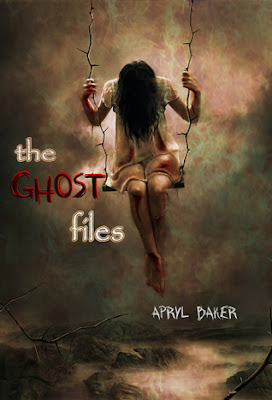 Soon to be a major motion picture!

For sixteen year old Mattie Hathaway, this is her normal everyday routine. She’s been able to see ghosts since her mother tried to murder her when she was five years old. No way does she want anyone to know she can talk to spooks. Being a foster kid is hard enough without being labeled a freak too.

Normally, she just ignores the ghosts and they go away. That is until she see’s the ghost of her foster sister… Sally.

Everyone thinks Sally’s just another runaway, but Mattie knows the truth—she’s dead. Murdered. Mattie feels like she has to help Sally, but she can’t do it alone. Against her better judgment, she teams up with a young policeman, Officer Dan, and together they set out to discover the real truth behind Sally’s disappearance.

Only to find out she’s dealing with a much bigger problem, a serial killer, and she may be the next victim…

Will Mattie be able to find out the truth before the killer finds her?

GIFTED
I had a nice little suprise last week the lovely Mary at Stacking My Book Shelves sent me a gift. I love my bikers. Thank you again you are a sweetheart. 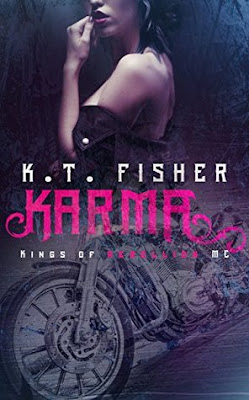 This isn't your typical love story.

Lauren doesn’t know why she is such a bitch, but she is. She believes in being who you are and fuck those who don’t like it. Her ex is pissed, and she soon realises the hard way that she never should have betrayed him. Yet, pretty-boy Andrew isn’t as innocent as she thought. In fact, it turns out he’s connected to one of the biggest gangs in America.

Lauren is beaten and abused in every way possible. Her human rights are stripped, and she is treated like an animal. Blindfolded and gagged, Lauren has no idea what is going to become of her, or if she will ever get out of the mess she has found herself in.

Karma has finally caught up with Lauren Ashford, but is this the end, or can someone out there help her? Are there men strong enough, or even brave enough, to face up to her captors?

When the Philadelphia Kings of Rebellion charter come crashing into her kidnappers’ motorcycle club's cabin, they find a beautiful girl chained up to a wall and made to live like a dog on the hard floor.

From here, Lauren is given the greatest gift. To go home. Once back in the UK, Lauren is under the protection of the UK Kings of Rebellion MC and is shocked to find that even though they are dangerous, they treat her so much better. Here she meets Grim, the oldest son of the president. He’s covered in tattoos, drives a bike, likes to dress in leather and loves to protect her. Is this the man that
Lauren needs? Or do her old habits of being a “do now, think later” kind of bitch, come back to bite her in the ass?

One thing is for certain, Demon, the president of the motorcycle club who took her, wants her back...

***WARNING. THIS BOOK HAS SOME STRONG SCENES THAT SOME MAY FIND OFFENSIVE. READ THIS BOOK WITH A STRONG HEART***