Review: Seize Me by Crystal Spears 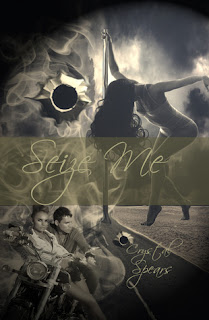 This novel contains explicit language, sex, drugs, abuse and sexual situations that some might find offensive.


Winter Belov was the sweet innocent one in her crime family, the dutiful daughter that never disappointed her father. One day, her father does the unspeakable. When he turns his back, Winter flees across the country, taking her life savings with her, determined never to enter that sort of lifestyle again.
No longer innocent, she now lives in Nevada. Lana is her best friend and the only family Winter has. Together, they are two of the best exotic dancers in the county. While working a shift, Pyro, Lana’s long time crush, propositions Winter. He begs her to do a private gig at Breakneck. She accepts, with the condition that Lana dances with her.
When Winter’s eyes lock with Braxxon Breaker's, the President of Breakneck, she realizes she is no longer free; she has been seized. He is everything she is running from but at the same time, everything she wants. Braxxon will not take no for an answer, and purposely disrupts Winter’s life.
Rivals of Braxxon’s club are vicious and they do something that will have him out for blood. Winter's and Braxxon’s relationship is anything but a normal one. If they want to be together, crimes must be committed, friendships will be broken and people are going to die.
What happens when all that chaos mixes with Winter’s father locating her? It will be a bloodshed when Winter and Braxxon seek revenge and take no prisoners.

I am a sucker for a raw, gritty, angst, dark, Biker MC novel and got that in Seize Me.  I did  not hate or love it for me I just Liked It. I felt like I read this before in Undeniable and Chaos series. Now Seize Me started off awesome and could not put it down. The sexual tension in the beginning was off the charts hot. I was crushing on Braxxon big time. But there is a point where I felt like at times some things were pushed to make it raw and dark and was very easy to put down and pick back up. Some things he did, really did not bother me but it was the effects with the characters that bother me. I wanted to feel their pain, sadness etc. and just was not there. But then there were times where my heart broke for Braxxon and Winter. Loved their playfulness and the sex scenes are scorcher-panty-changing. Loved that she is just as sexy in the bedroom as he is. Braxxon is one badass-dirty talking- tattooed biker babe with an alpha male attitude and there were times he was a sweetheart in his own way. I loved his lip piercing. Winter is a strong will character and felt her pain at times but then sometimes she was a little over the top with her badass attitude. I loved that Crystal wrote very graphic scenes and that are not faint for the heart. Liked it enough to continue with the series.﻿
Add To Goodreads 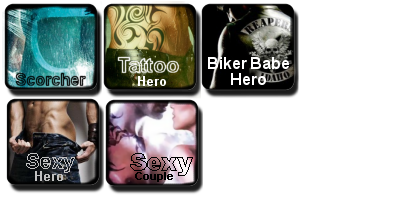