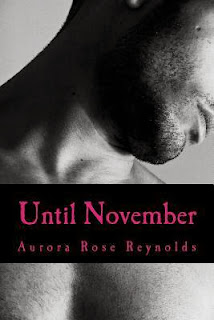 Until November (Until #1)
by Aurora Rose Reynolds
Purchase Links: Amazon  Barnes & Noble
Blurb By Goodreads
November is looking forward to getting to know her father and the safety of a small town. After leaving the big apple and her bad memories for Tennessee, November starts working for her dad at his strip club doing the books. The one time she’s allowed there during club hours she runs into Asher Mayson. He’s perfect until he opens his mouth and makes assumptions. November wants nothing to do with Asher but too bad for November fate has other plans. Asher Mayson has never had a problem getting a woman that is until November. Now all he can think about is making November his and keeping her safe.


Until November delicious cover caught my attention *Click* had to check out the synopsis. My kind of read "Strong Alpha Male", *Click* had to sample it and *Click* bought and read in one sitting.
Aurora Rose Reynolds had my full attention the minute Asher Mayson and November met. Could not swipe my kindle fast enough to see where she was going with them. Asher is a ladies man and never had problems getting a woman that is until he meets November. Love that their relationship starts off friends first and he has to pursue her. The pursuing does not always go smoothly. Not when Asher is a  tattoo-hottie-alpha male hero with a bit of a jealous and possessive side. November has a backbone and knows how to put him in his place but the only thing she can not deal with is Asher sweet side. She has been put down her whole life by her mom and her lovers. Love that Asher is not a broken character he just never found the right woman. It is the little things in life that she never got to enjoy and seeing her reactions to certain things brings him happiness. They are a fun and playful couple that their characters jump off the pages realistic. They are hot-fan yourself together and I would not mind Asher whispering naughty things in my ear by his dirty talking mouth.
Love all the secondary characters especially the dog Beast. Both families added so much to Asher and November's story, I instantly fell in love with them. Love the interactions with his brothers and his parents. His mom is one tough cookie and knows how to keep her boys in line. She would have to with four strong will boys. I wanted to be a part of both families.  Love the brotherly love between the Mayson boys. Never a dull moment with them.
Until November is wrapped nicely with one of the sweetest and giggle moment epilogue. Had a smile on my face for days after finishing it. Aurora Rose Reynolds is a new author for me and look forward to more Until novels. Excited Until Trevor (Until #2) comes out December 19. Looking for a fresh series with yummy Alpha Male heroes and a bit of mystery, Until series is it. 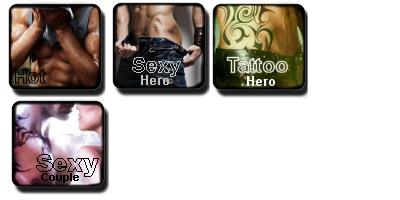