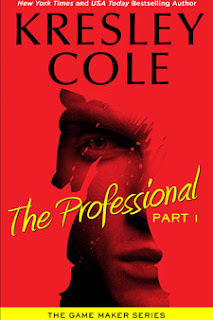 The Professional: Part 1 (The Game Maker 0.1)
by Kresley Cole
Publisher: Pocket Star
Purchase Links: Amazon  Barnes & Noble
Blurb by Goodreads
He makes the rules . . .Mafiya enforcer Aleksandr "The Siberian" Sevastyan’s loyalty to his boss is unwavering, until he meets the boss’s long-lost daughter, a curvy, tantalizing redhead who haunts his mind and heats his blood like no other. Ordered to protect her, Sevastyan will do anything to possess her as well—on his own wicked terms.

Rules are made to be broken . . .PhD student Natalie Porter had barely recovered from her first sight of the breathtakingly gorgeous Sevastyan before the professional hit man whisks her away to Russia, thrusting her into a world of extreme wealth and wanton pleasures. With every day she spends under his protection, she falls deeper under his masterful spell.

Are you ready to play?Yet all is not as it seems. To remove Natalie from an enemy’s reach, Sevastyan spirits her into hiding. From an opulent palace in Russia to the decadent playgrounds of the mega-wealthy in Paris, the two lovers will discover that even their darkest—and most forbidden—fantasies can come true…

Spoil Free Review
Is there anything Kresley Cole can not write about. Instantly became a fan girl with her Paranormal Romance series Immortals After Dark. She has wowed readers with her Historical Romance series Sutherland Brothers , Highlander series MacCarrick Brothers and Young Adult series The Arcana Chronicles now she has ventured into Erotic Romance with  The Game Maker series and nailed it.
Perfect timing as I was in need of a good new author in a  Mafia theme Romance. Been searching and digging  to get this Mafia theme itch and well known author Kresley Cole's The Professional scratched it with a well written novel and a specific  wicked-sexy dominate-arrogant-alpha male-Tattoo Mafia Enforcer hero, Aleksandr "The Siberian" Sevastyan.  He is cold and hot and in know means like to be teased. He is one who acts on his promises. He is a bit jealous and possessive   when it come to Natalie, he might not like it, but she is his. He also can be bit on the tender side, not really with words but more so with his actions.  He likes to dominate in the bedroom as he is not one for surprises.
Natalie is his biggest surprise yet and she is not one to hold back and play fair. Neither is Aleksandr with his dirty talking mouth and WOW does he know how to use his mouth. Alexsandr has met his match when it comes to Natalie. Loved her inner thinking as she had me giggling a few times on what she had in store for him and his wicked teasing ways. Love the banter between them and Kresley Cole is to date the Queen of sexually teasing. The professional is one scorcher-panty-changing read that will leave you hot and bothered on so many levels. You will be right there with Natalie screaming for release and plotting some kind of payback.
Thank you Kresley Cole and Pocket Star publishing for a well done cover that is wickedly delicious and not just an object. It might not be a shirtless or sexy hunk on the cover but love that it has the heroes semi face. Goes really well with the Mafia Theme Romance. If I was not already a  Kresely Cole Fan girl, the cover alone would catch my attention enough to have to check out the synopsis.
It is hard to find a good serial series. Too many authors like to shorten their serial where there is not enough to get a feel of the characters or right away rush their relationship with insta love.  The Professional is perfect and it is how I love my reads, good length,  no insta love but two characters that are infatuated with each other and look forward to when they will fall in love. Love that Kresley Cole stayed true to her writing style. She was able to bring an erotic tale with humor. I for one am a huge cliffhanger fan. Love the anticipation for the next novel. Kresley Cole wrote the best jaw-dropping cliffhanger of all time. I am still in shock, can not stop thinking about The Professional and on how it ended. Kresley Cole that ending is wrong on so many levels and that is why I love it and am a huge fan girl of yours. Freakin Brilliant. You all know what I will be buying on Jan. 6, 2014 and a great way to start of the New Year,  The Professional: Part 2 (The Game Maker 0.2).
ARC Provided by publisher, Pocket Star for an Honest Review
Add To Goodreads 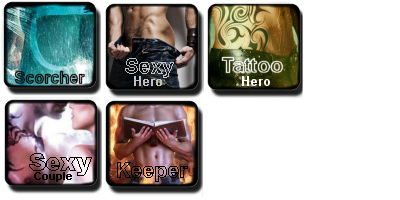