Read these last year and never gotten around to do a review. I had no plans of finishing Sisters Of The Heart Series anytime soon.  Love my Biker reads and was so excited one of my favorite authors Christine Feehan was coming out with a Biker series Torpedo Ink. Bound Together the last book in Sisters Of The Heart series introduces readers to the Torpedo Ink MC. I had to read it before I started Torpedo Ink series. Personally for me I have no problems reading any Christine Feehan books out of order. Some might so if not sure I would definitely check other reviews. I did feel the last book gave me enough details to what has been happening with the characters that I am curious about. 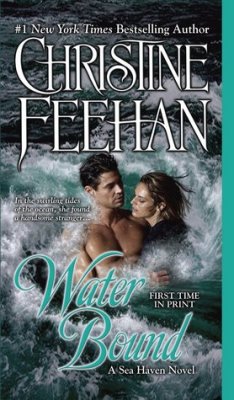 The last thing Lev Prakenskii remembered was being lost in the swirling currents of the ocean and getting sucked deeper into the nothingness of a freezing black eddy off the coastal town of Sea Haven. Just as quickly, just a miraculously, he was saved—pulled ashore by a beautiful stranger. But Lev has no memory of who he is—or why he seems to possess the violent instincts of a trained killer. All he knows is that he fears for his life, and for the life of his unexpected savior.

Her name is Rikki, a sea~urchin diver in Sea Haven. She has always felt an affinity for the ocean, and for the seductive pull of the tides. And now she feels drawn in the same way to the enigmatic man she rescued. But soon they will be bound by something even stronger, and their tantalizing secrets will engulf them both in a whirlpool of dizzying passion and inescapable danger.

Thoughts: I really wanted to like this book more. I did not hate it but did not love it either. Rikki has some personal issues do not remember what exactly was wrong with her. I did feel for her struggles in life as Christine Feehan portrayed her personal issue good.  But was also frustrated as the story became repetitive with her personal issue. If a fan of Christine Feehan you will understand how she likes to go into every detail of her books. Usually in her books do not bother me but this time less would of been better for me.
Loved Lev as he was Christine Feehans typical alpha male hero. He was so patient with Rikki and her needs. 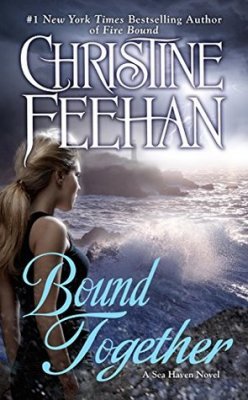 For five years, Viktor Prakenskii has put his life on hold in order to take down the world’s most feared motorcycle club from the inside. But carrying out the insane violence and seeing the club’s exploitation of the innocent has brought his traumatic past roaring back. And there’s only one cure: to see the wife he left behind...

Blythe Daniels thought she’d never see Viktor again after he murdered her stepfather and left without a word. She rebuilt her life without him, becoming a personal trainer and physical therapist...becoming strong enough for others to lean on. But when Viktor comes back to Sea Haven, he’ll make Blythe question everything she thought she knew about good and evil—and the dark desires of the heart...

Rating: 4 Stars - Loved It
Thoughts: I think Viktor might be one of Christine Feehans most stubborn heroes she has created and loved it. Blythe definitely had her hands full with him. Loved her character and thought she was perfect for him and his crew. The secondary characters were amazing. Really do not know how to live a normal life because of their past. It was nice to see them try to  fit in socially thanks to Blythe who becomes like a mother to them all.