Sunday Post is a weekly recap hosted by Caffeinated Reviewer
Life: Hi everyone. I hope you all had a better week than I did. Not really a bad one just not a productive one at work and home. Last week kicked my butt mentally. Every time I tried to blog or even do house work I was constantly pulled in another direction for somebody else. I did accomplish one thing, exciting I was able to clean my bathroom LOL.

Books: Good news I did get some great deals on books last week. Always looking for a new shifter series.  I was excited for this box set deal by Cynthia Eden. I already have book 1 The Wolf Within I got for free a while back. Could not pass up the entire Purgatory series for .99 cents.  Free books and sale box set were still available at time of this post. 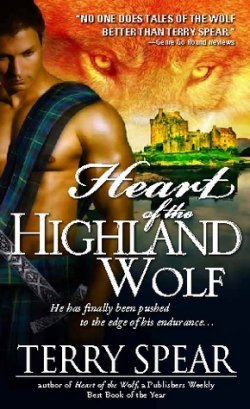 FREE
Heart Of The Highland Wolf by Terry Spear
Series: Heart Of The Wolf #7
Source: Kindle
Pages: 391
Amazon / Goodreads
Modern day werewolf laird Ian MacNeill reluctantly allows a film production company to use his castle, but he knows his secretive clan has a big problem when a beautiful red werewolf female who insists she's working on the film keeps showing up in the wrong places...and a matter of pleasure.

Julia Wildthorn is not who she says she is-she's sneaking into Argent Castle to steal an ancient relic for her grandfather and to do research for her next werewolf romance novel. When she catches a glimpse of Ian, she realizes he's the perfect hero. 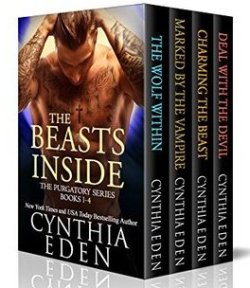 THE WOLF WITHIN (Book 1)
FBI Special Agent Duncan McGuire spends his days—and his nights—tracking real-life monsters. He hunts the monsters, and he protects the innocent. Duncan just never expects to become a monster. But after a brutal werewolf attack, he begins to change.

Dr. Holly Young is supposed to help Duncan. It’s her job to keep him sane. But as Duncan’s beast grows stronger, the passion that she and Duncan have held carefully in check pushes to the surface. The desire that is raging between them could be a very dangerous thing…because Holly isn’t exactly human, not any longer.

As they give up more of their humanity and embrace the beasts within them both, they realize that the passion between them isn’t safe, it isn’t controllable, and their dark need may just be an obsession that could destroy them both.

MARKED BY THE VAMPIRE (Book 2)

The creatures that you fear in the darkness? They’re all real. And the baddest of the paranormals…those who love to hurt humans…they’re sent to Purgatory, the only paranormal prison in the U.S. Deadly forces are at work within Purgatory.

FBI Agent Shane August, a very powerful vampire with a dark past, is sent into the prison on an undercover assignment. His job is to infiltrate the vampire clan, by any means necessary.

Dr. Olivia Maddox wants to find out just why certain paranormals go bad. If she can understand the monsters, then Olivia thinks she can help them. When she gets permission to enter Purgatory, Olivia believes she is being given the research opportunity of a lifetime.

When the prisoners break loose, there is only one person—one vampire—who can protect her, but as Olivia and Shane fight the enemies that surround them, a dark and dangerous passion stirs to life between the doctor and the vamp. Some passions can push you to the very limits of your control…and the growing lust that she feels for her vampire…it’s sending her racing right into a deadly storm of desire.

CHARMING THE BEAST (Book 3)
Connor Marrok never intended to work for the Seattle Para Unit. He’s not one of the good guys—he’s a real monster. But now he finds himself being blackmailed into a new assignment. It’s supposed to be his last gig. His mission? Protect the beautiful Chloe Quick. Easy enough…until he starts to fall for Chloe.

Chloe is tired of being a prisoner. She wants to get away from her Para Unit guard and run fast into the night. So what if Connor is the sexiest guy she’s ever met? Chloe knows trouble when she sees it, and Connor is one big, dangerous package of trouble. But, when an obsessed werewolf begins stalking Chloe, she realizes that her paranormal bodyguard may just be the one man she needs the most.

DEAL WITH THE DEVIL (Book 4)
Eric Pate is used to making his own rules—as the director of the PARA Unit, he is the boss. Everyone rushes to obey his commands, and no one knows his secrets. No one ever gets too close to him. But then he meets her.

Ella Lancaster is tired of being a prisoner. She escaped one hell just to find herself in another, though Eric doesn’t consider her containment with his agents as punishment. He actually thinks it is a form of protection. But Eric is so very wrong. Ella doesn’t need protecting, not from anyone or anything.

How was your week? Get anything exciting?