Sunday Post is a weekly recap hosted by Caffeinated Reviewer
Hi everyone. Happy St. Patrick's Day. Had a awesome grandkid free last weekend. TMI here, LOL I am talking about pulling out the wine and got really acquainted with my toilet.
Bought: Monday I continued my grandkid free time. I was not needed for babysitting my 2 grandsons and I took the opportunity to have a PJ kind of reading, lazy day and let me tell you it was amazing. I was in a weird mood and wanted something different so I bought and read Real by Katy Evans.
After writing my review for Hades Hangmen series by Tillie Cole I wanted more of her writing. Just not ready for book 4 of that series. Hero is not my favorite. So I thought I would give her other series Scarred Souls a go.
Freebie Alert: Have been wanting to try Christy Reece Last Chance Rescue series.  Found a nice little surprise she has the 1st book in her LCR Elite series which is a spinoff to the original free. Now I know it is not the exact series I want to read but she is a new to me author and sounds interesting. Still free at time of this post. 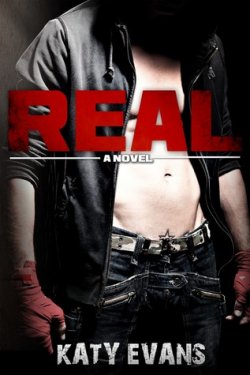 A fallen boxer.
A woman with a broken dream.
A competition...

He even makes me forget my name. One night was all it took, and I forgot everything and anything except the sexy fighter in the ring who sets my mind ablaze and my body on fire with wanting...

Remington Tate is the strongest, most confusing man I've ever met in my life.

He’s the star of the dangerous underground fighting circuit, and I’m drawn to him as I've never been drawn to anything in my life. I forget who I am, what I want, with just one look from him. When he’s near, I need to remind myself that I am strong—but he is stronger. And now it’s my job to keep his body working like a perfect machine, his taut muscles primed and ready to break the bones of his next opponents...

But the one he’s most threatening to, now, is me.

I want him. I want him without fear. Without reservations.

If only I knew for sure what it is that he wants from me? 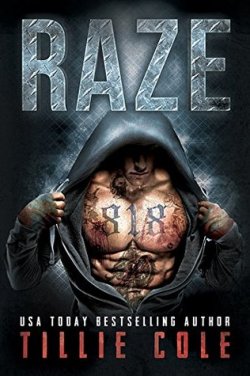 TO TAKE BACK LIFE, ONE MUST FIRST FACE DEATH…
One man stripped of his freedom, his morals… his life.

Conditioned in captivity to maim, to kill and to slaughter, prisoner 818 becomes an unremorseful, unrivaled and unstoppable fighter in the ring. Violence is all he knows. Death and brutality are the masters of his fate.

After years of incarceration in an underground hell, only one thought occupies his mind: revenge… bloody, slow and violent revenge.

Revenge on the man who lied.

Revenge on the man who wronged him.

Revenge on the man who condemned him and turned him into… this: a rage-fueled killing machine. A monster void of humanity; a monster filled with hate.

And no one will stand in the way of getting what he wants.

One woman stripped of her freedom, her morals… her life.

Kisa Volkova is the only daughter of Kirill ‘The Silencer’ Volkov, head of the infamous ‘Red’ bosses of New York's Russian Bratva. Her life is protected. In reality, it’s a virtual prison. Her father’s savage treatment of his rivals and his lucrative and coveted underground gambling ring—The Dungeon—ensures too many enemies lurk at their door.

She dreams to be set free.

Kisa has known only cruelty and loss in her short life. As manager of her father’s death match enterprise, only grief and pain fill her days. Her mafiya boss father, in her world, rules absolute. And her fiancé, Alik Durov, is no better: The Dungeon’s five-time champion, a stone-cold killer, the treasured son of her father’s best friend, and her very own—and much resented—personal guard. Unrivaled in both strength and social standing, Alik controls every facet of Kisa’s life, dominates her every move; keeps her subdued and dead inside… then one night changes everything.

While working for her church—the only reprieve in her constant surveillance—Kisa stumbles across a tattooed, scarred, but stunningly beautiful homeless man on the streets. Something about him stirs feelings deep within her; familiar yet impossibly forbidden desires. He doesn’t talk. Doesn’t communicate with anyone. He’s a man beyond saving, and a man she must quickly forget… for both their sakes.

But when days later, out of the blue and to her complete surprise, he’s announced as the replacement fighter in The Dungeon, Kisa knows she’s in a whole lot of trouble. He’s built, ripped and lethally unforgiving to his opponents, leaving fear in his wake and the look of death in his eyes.

Kisa becomes obsessed with him. Yearns for him. Craves his touch. Needs to possess this mysterious man...

… this man they call Raze. 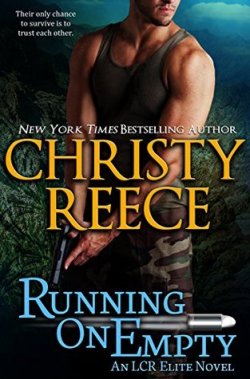 The Danger Has Only Begun

Having survived a brutal childhood, Sabrina Fox believed she could handle anything. That was before she watched the love of her life die before her very eyes. Brokenhearted, her emotions on lockdown, she finds purpose and hope as an LCR Elite Operative rescuing victims from some of the most volatile places in the world.

Covert ops agent Declan Steele is used to a life of danger and deceit, but when the one person he trusted and believed in above all others sets him up, he’ll stop at nothing to make her pay. Finally rescued from his hellish prison, Declan has one priority—hunt down Sabrina Fox and exact his revenge.

Trusting no one is a lonely, perilous path. Sabrina swears she’s innocent and Declan must make a decision--trust his heart or his head. As memories of their life together returns, he realizes just how treacherous his torture had been and the target of his revenge shifts. But when Sabrina is taken, retribution is the last thing on his mind. With the assistance of Last Chance Rescue Elite, Declan races to rescue the only woman he has ever loved before it’s too late.

Last Week On Blog
I had a good blogging week. For me I gotten a decent amount of mix reviews.