Sunday Post is a weekly recap hosted by Caffeinated Reviewer
Life: Hope everyone had a great week. Twice now I have said I would like a new phone. Not really meaning it just thought it would be nice. Twice now not too long after saying that my phones broke. The first time I dropped it in a pond. Funny but sad moment. This week my phone just died. Was charging most of the day and nothing. So here were making a quick trip to Walmart.  LOL I swear I did not kill my phones on purpose. Get home and my phone started working. Decided to keep my new phone. It has been almost a week and still have not set it up. I am excited I upgraded and have a portrait mode but I am not a fan of new things when it comes to my phones and laptops. Once have been set I am good. So when have to get new item it takes me time to adjust. LOL I really think something is wrong with me.
Of course have to look in the book section. Look what I found. So hubby also bought me a book. Super excited for this.
﻿ 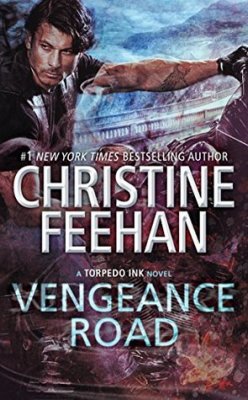 Breezy Simmons was born into a ruthless motorcycle club—and now that she’s out, she’s never going to be that girl again. But when her past catches up with her, Breezy must go to Sea Haven to seek out the man who almost destroyed her. The man who chose his club over her and left her feeling used and alone.

As vice president of Torpedo Ink, Steele is ride or die for the brothers he lived through hell with. He never thought he’d find something as pure as his feelings for Breezy, or that keeping her safe would mean driving her away with cruel words that turned her love for him to ash.

Now, Steele won’t let her walk away twice. He’ll do whatever it takes to make Breezy his woman again—especially when he learns the real reason she came to him for help, and that the stakes are higher than he ever could have imagined…


Love to know what you got and how was your week.