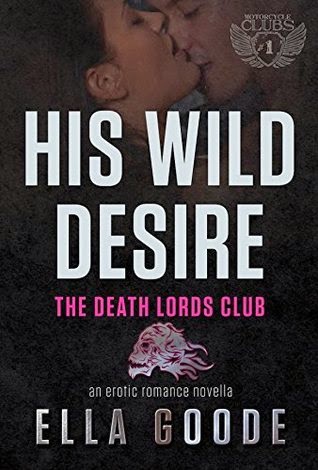 Grant "Wrecker" Harrison spent three years of his life locked away. He's out and he's tired of hiding. He wants everyone, even his father Judge President of the Death Lords MC, to know she's his.

Chelsea Weaver loves Grant even though she knows its wrong. She knew it was wrong when she gave him her virginity and she knows it's still wrong three years later...because Grant's her stepbrother and Judge is the only father she's ever known.

Rating 3 stars - Liked It
Genre: Contemporary Romance
Heat- Steamy - Cold Shower Needed
Source: Bought
Grant and Chelsea were officially step siblings for 2 years in their early teens. Chelsea's mother left her with Judge and Grant. Now that Grant is a free man he is taking what is his and always has been his, Chelsea. She does want him but afraid Judge will be mad and it will break up the only family she has ever known. In the beginning she does fight her attraction for Grant. This pisses him off and in a particular scene I was ready to call it quits because of what he says to her during a heating moment with him that was a huge turn off  for me. Happy it was  only a one time event  There was more telling of them being stepbrother and stepsister. The step sibling did not bother me at all.
His Wild Desire could of been a great read for me but there was too much sex for such a short novel. The sex scenes are well written, steamy colder shower needed with a sexy dirty talker but for me I needed more  back story on Grant and Chelsea. I needed to feel their love for each other before he went to prison.

When I read a biker novel I need to have the biker boys club feel and the club business. Did not get enough of that in His Wild Desire. I would of been happy with just 2 sex scenes and more club feel than all sex.

I enjoy Ella Goode writing voice and would love to give her another go. Judge who caught my attention is up next in Her Secret Pleasure (Death Lords MC #2).