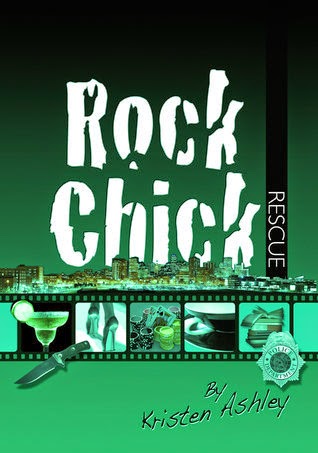 Rock Chick Rescue (Rock Chick #2)
by Kristen Ashley
Synopsis
Jet McAlister has a secret. Eddie Chavez has the hots for Jet (not to mention Eddie’s just plain hot). Jet has too many problems to realize that Eddie’s interested. Eddie loses patience when Jet ends her waitressing shift at a strip club with a knife at her throat. Since Eddie’s a cop, he figures he can help. Since Jet’s used to solving everyone’s problems she doesn’t want Eddie’s help.

Rock Chick Rescue takes you on a wild ride with Jet, Eddie and the gang as they wrestle bad guys in a bagel shop, hit Denver’s backstreet poker tables (with big hair), and help the strippers at Smithie’s take down a would-be murderer.

Through this, Jet’s got to learn that even when life made you give up your dreams, you can still end up with the (hot) guy. Eddie’s got to rescue Jet from a bad man (so he can do better things with her) and teach her that some dreams can come true.

Rating - 1 Star - Did Not Like It
Genre: Contemporary Romance
Heat: Hot - Fan Yourself
Source: Purchase
It breaks my heart to give one of my favorite authors such a low rating but Jet was the worst heroine I have ever read in a Kristen Ashley novel.  I have only given 2 of KA novels 2 stars ok ratings and that was only because of other issues within the novels. Jet character was the most annoying all the way through the novel. Indy annoy more than not in her book Rock Chick #1 but at least there were times I did enjoy her character. But Jet was the worse for me and got on my nerves so bad. For me it was so bad that even Eddie did not save the novel for me. At least Lee in Rock Chick #1 was able to let me enjoy the first novel. It could be that maybe I did not like Eddie or really get a feel for him because I did have to skim through some of Rock Chick Rescue. I had to or else it would of been a DNF for me.
I really hope all the leading ladies in the Rock Chick series are not annoying. So far this is book 2 and already having this pattern.