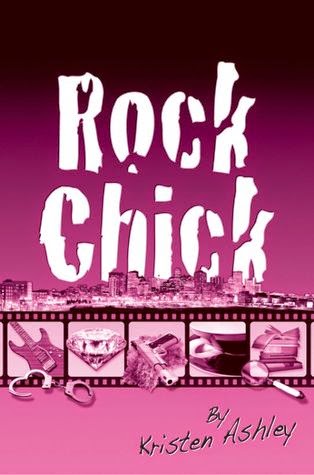 Synopsis
Indy Savage, cop's daughter, rock chick and used bookstore owner, has been in love with Lee Nightingale, once bad boy, now the man behind Nightingale Investigations, since she was five years old. No matter what ingenious schemes Indy used to capture his attention, Lee never showed an interest and Indy finally gave up. Now Indy's employee, Rosie, has lost a bag of diamonds and bad guys are shooting at him. When Indy gets involved, Lee is forced to help. Complicating matters, Lee has decided he's interested, Indy's decided she's not. But she can't seem to keep Lee out of her life when she's repeatedly stun gunned, kidnapped and there are car bombs exploding (not to mention she's finding dead bodies).

Indy's best bet is to solve the mystery of the diamonds before Lee. Lee's challenge is to keep Indy alive and, at the same time, win back her heart.

This is something I have never read before. Rock Chick reads more like a comical mystery.  I gave it 3 stars liked it because I am not really sure how I actually feel about it. There were times the story annoyed me and that was because Indy got on my nerves more than once. But then there were times, few and far I  actually enjoyed her character.
Lee was of course like all Kristen Ashley's heroes sexy, possessive with an Alpha Male Attitude.
It seems like all Indy's friends are a bunch of crazies and all Lee friends are reserved. I love friends to lovers theme. Was not always feeling Lee and Indy's connection on this.
The action was over the top for me and crazy but I am assuming that is what it is  suppose to be like. So I will take that in consideration when reading book 2.
Add to Goodreads
Purchase Link: Amazon