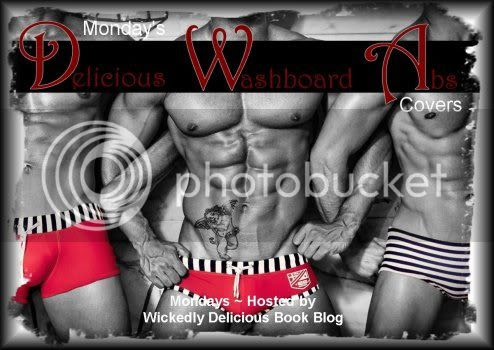 Hello Lovelies. Delicious Washboard Abs Cover  is a weekly feature that is held on Mondays, hosted by me from  Wickedly Delicious Book Blog.  The object of this blog hop is to post a new, old or not release yet  sexy abs cover. This is a blog hop geared towards book lovers preferably ages 18+ with the objective to find and visit other blogs that share the same interest as you... a love for Sexy Reads with a Delicious Washboard Ab cover.

Good morning lovelies.  Here is a little something to start your Monday off right. 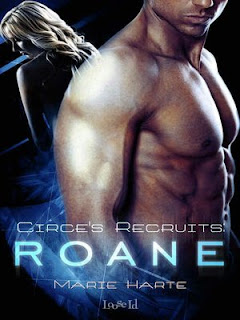 In the three years since Project Dawn disbanded, Roane Weston and his men continue to fight the good fight. Now civilians, his squad--Circe's Recruits--works for a private organization bent on cleaning up the mess left in the wake of Project Dawn's rebirth. Run by Elliot Pearl, a ruthless millionaire, Pearson Labs continues to create Circs, people who have been genetically changed. When needed, these Circs take on an altered form, one neither man nor animal, but something in between. But unlike Roane and his squad, the Circs coming out of Pearson Labs aren't sane... Except for Caitlyn Chase, a female Roane can't get out of his mind.

As Caitlyn matures into the female Circ she was meant to be, she sets in motion a chain of events that will forever alter her future and those of Circe's Recruits. In the process, she'll fall in lust, in love with Roane, and in danger as she finally finds out who she really is. Only with Roane and her new found friends can she hope to keep the PPA at bay while they crush an agenda that may spell the end of them all.

A side from the hero being *Drool Worthy* because of his Delicious Washboard abs I like the sound of this book.  One reviewer from amazon gave Roane 4 stars, had me with "These shifters are pure animals- brawn and brute over sexy military men." and "It's a "boy's club" set up, which I automatically love so you have the camaraderie of a group of sexy men and then a strong, independent woman shows up who can keep up and give what she gets. Strong, sweet characters." Already added to my must get TBR list.