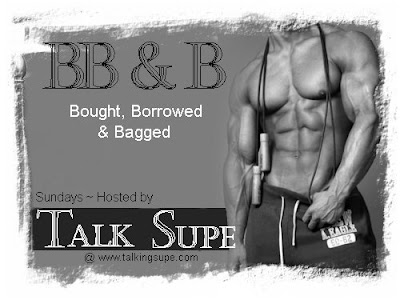 
Yay baby... Got my PB copy of Stygian's Honor by Lora Leigh a few days ago. Love this series and Lora's yummy uber alpha males. 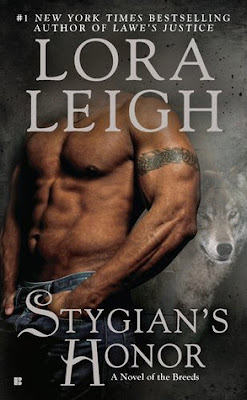 Blurb:
Window Rock, Arizona, is the last known location of Honor Roberts, who vanished when she was just thirteen. It was her only sanctuary from the Breed research that would surely have ended in her death—one such insidious experiment should, indeed, have killed her. That she lived is both a miracle—and a great mystery.

Stygian’s mission is to find Honor Roberts, no matter the cost. Now, with the help of Liza Johnson, assistant to the chief of the Navajo Nation, he is closer than ever to his goal. But will the discovery of Honor Roberts mean the destruction of the mating heat that has developed between Stygian and Liza?

Love the Neighbor From Hell series by R.L. Mathewson, with the crazy family and the men's food obsessions.  I have this series on my Kobo and remember I will be giving it to my mom.  This series is a keeper for me and bought Playing For Keeps and Perfection for my Kindle Fire. 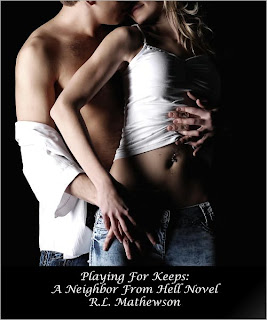 Playing For Keeps (Neighbor From Hell series #1)
by R.L. Mathewson

Blurb:
Done with being the world's biggest pushover, Haley decides that things are going to change starting with the aggravating neighbor who has too much charm and not enough restraint. What she didn't expect was to sucked into his world, but Haley has a game plan and she won't let herself forget just what the bad boy next door is capable of. The last thing Jason expected was for his little shy neighbor to go Rambo on him over some ruined flowers. After he decides to take her under his wing he can't help but that notice that she fits very nicely in his life. Now the only left is to convince her that this is anything but a game. 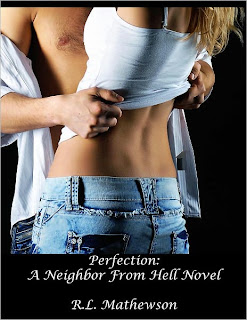 Blurb:
Zoe is used to taking care of herself and has long ago accepted that if anything bad was going to happen, it was going to happen to her. So when she loses her job over something most bosses would probably be happy with and her life starts going down hill from there she doesn't expect it to get any better. She certainly didn't expect any help from the loud jerk next door, but then again she has nothing to lose so puts her trust in him and hopes for the best. What she didn't expect was the once in a lifetime opportunity that he offers her through an arrangement where they both benefit and no one is supposed to get hurt, but she should have known better because her luck has never been that good.

Like most Bradfords, Trevor has a soft spot for food, but that's about all. He leads a pretty straightforward life and likes to keep things simple and that includes his relationships. He wants the perfect woman and knows exactly what she'll be like. So when he discovers much to his horror that he's thinking about his frumpy little neighbor he decides the best way to get his head straight is by working her out of his system. He'll keep her around, but only until he finds perfection.

Coming Soon:
E-book giveaway (Your choice from Amazon or Barnes and Noble) R.L. Mathewson...  Neighbor From Hell Series Book 1 and 2.