Quote-Tastic is a weekly meme hosted by Anna @ Herding Cats & Burning Soup. Share a favorite quotes that's grabbed your for one reason or another. You can ad a review or post just a quote. 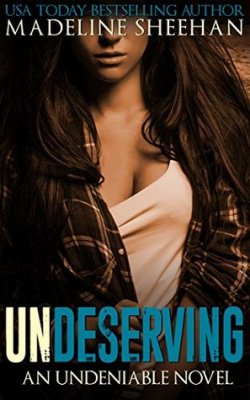 Warning: This isn’t a romance, but instead a tale of love between two despairing people, from two different worlds, both aching for something more.

Debbie Reynolds is a runaway, New York City-bound. Living on the road comes with many challenges—fighting for her next meal, seeking safe places to sleep, and dodging men with less than honorable intentions, all while searching for meaning in a life she finds painful and pointless.

Damon “Preacher” Fox, vice president of the Silver Demons Motorcycle Club, has been in prison for club-related crimes. As his release draws near, he begins to reevaluate his choices in life, realizing that if he stays with the club, this won’t be his last stint behind bars. Suddenly Preacher finds himself doubting everything he’s ever known, wishing for a life beyond the club.

When Preacher and Debbie’s paths cross, they find in each other a sense of peace they had been lacking. But life is about to catch up with Preacher, and Debbie, desperate to keep the one person who’s ever shown her any kindness, finds herself caught between forces far deadlier and more powerful than she could have ever imagined.

This is Debbie and Preacher’s story.

At the end, we should all go back to the beginning,
if only to remind ourselves that we once lived.


Thoughts: After the teaser readers got of  ZZ from Unbeloved (Undeniable #4) I was really hoping book 5 was going to be his story. But since the story had taken a different direction I understood the need to tell Preacher story first. Wow what a story he had to share. I was not prepared to have my heart broken. The feels were all over the place as I shed a few tears, wanted to strangle a few characters and had a few smiles.

Never really new a whole lot about Preacher. Only that he is the hard ass President of Silver Demons MC and loving father to Eva. Loved how Preacher story was told from him with present and past. I was right there with him experiencing his life.
Loved meeting new characters. Really not new characters but more characters that have been connected to Preacher and this series. I now have an understanding why Frankie Jr. turned out the way he did.

I know this is Preacher story but Deuce and Eva started the Undeniable series with Undeniable and have been a big part of the series and big part of his book. Loved this couple then and loved them more through out. Deuce might be rough around the edges especially in earlier books and made some mistakes. They have had their ups and downs like real life couples do. Loved seeing him stand by his wife and the support he gives her had me swooning.

"It ain’t gonna be easy," he continued, "But I know you, Eva, and you’re gonna be just fine. You know how I know?"

A corner of his mouth lifted. "Cause I’m gonna make damn sure of it."

Undeserving was unpredictable and had me on the edge of my seat. One thing I love about this series is I never know what I am in for. Preacher story was thoroughly thought out and as reader I am thankful for that. Well done Madeline Sheehan. The twisted, raw and gritty feel I got from Underserving brought back memories from the earlier books in the series. Strong secondary characters play a good roll through out the series. I find them best to be read in order.
ZZ sneak peak has me nervous and more excited for his story. Nervous for ZZ as he already has caused crazy chaos.  Excited for when a certain character(s) finds out what ZZ has done. Lets just say it is not going to go well. Yes I am twisted as I want the raw, gritty feel with ZZ story.