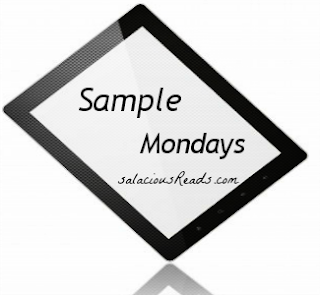 Sample Monday is a meme hosted by Salacious Reads. What a great way to share novels you have downloaded onto your e-reader to give you a taste before you buy it.
I have never read anything by J.C. Emery and she has a book coming out October 28th, Ride (Bayonet Scars #1) that I really want to read. So I thought since a new author to me I would like to sample one of her other novels and get a feel of her writing voice. I know this book 2 in Men With Badges series but the blurb caught my attention more than book 1. Figured since it is a sample and just want to get a feel for her I thought it could not hurt as being 2nd book in a series. Have not sampled The Switch yet but hoping do so before Ride comes out. The cover is drool worthy. 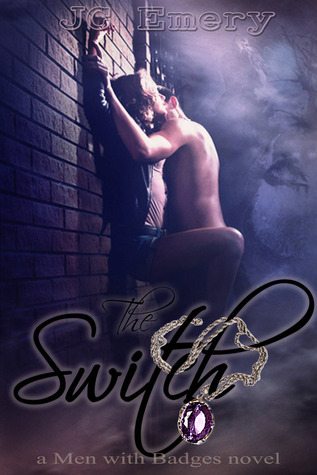 The Switch (Men With Badges #2)
by J.C. Emery
Sample: Amazon
Blurb by Goodreads
Shelby Brignac has gotten herself into some trouble. From her awful taste in men to her poor choices, she just can’t catch a break. After stupidly helping her boyfriend with his loan sharking business, Shelby has decided she wants out. It’s just too dangerous for a waitress, in her opinion. But just when she thinks she’s free of the headache, she’s offered up one last job– one last job she can’t refuse: retrieve a precious antique gem and she’ll get her best friend back alive.

Hiding out in New Orleans’ French Quarter with the rare purple diamond in tow, Shelby thinks she has no way out of the seemingly hopeless situation– that is until Chase Guilliot, an off-duty cop intervenes, saving her life. Too bad for Chase that the gunman who’s hot on his tail doesn’t care if one of his targets carries a badge– he just wants Shelby’s head and that diamond back. And he’s not above killing a cop to get it.

On the run with a hot rare diamond and a beautiful hot-headed woman, Chase’s oath to serve and protect is pushed to the limits. Unsure if he can trust the one person he wants to more than anything, Chase swears he’ll get both he and Shelby out of this mess alive, but then he’s done with her for good– or is he?

THE SWITCH is a thrilling contemporary romance that likes to live on both sides of the law.
Posted by JoLee @ Wickedly Delicious Book Blog
Email ThisBlogThis!Share to TwitterShare to FacebookShare to Pinterest
Labels: Sample Mondays, Suspense Romance