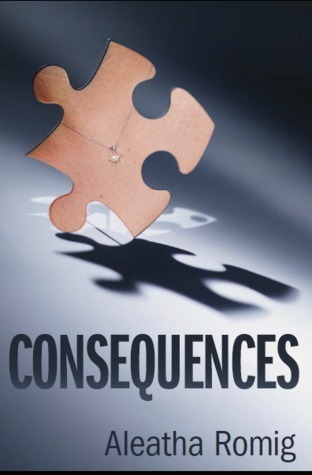 Claire Nichols had a plan—to survive!

In an unfamiliar bedroom within a luxurious mansion, Claire Nichols wakes to memories of a brutal abduction. All of her recollections have one common denominator, the man she just met—Anthony Rawlings. Unbeknownst to Claire, Anthony has had her in his sights for a long time. Every action has consequences—and his actions resulted in their chance meeting.

Facing incomprehensible circumstances, Claire must learn to survive as she comes to terms with her new reality—every aspect of her livelihood is now dependent upon the tall, dark-haired, dark-eyed tycoon. Anthony may appear to the world as a prosperous, benevolent, kind businessman, but in reality Claire learns he is also a menacing, controlling captor with very strict rules: do as your told, public failure is not an option, and don’t divulge private information. Failure to follow these rules and more, are met with serious consequences.

In an effort to earn her freedom, Claire learns her lessons well and before long, she unknowingly captivates her captor. Anthony/ Tony reluctantly becomes enthralled with Claire’s beauty, resilience and determination. Their interaction instigates strong emotions, including—fear, anger, love, and lust—as their journey flows into uncharted waters of intrigue and passion.

From the opening criminal abduction, through the twists and turns, to the unlikely romantic thrills, the suspense climaxes as Aleatha Romig utilizes vivid detail, allowing this novel to unfold like a movie.

Can you put the pieces of the puzzle together? Claire Nichols abduction wasn’t a random act—did she learn her lessons well enough? Will these unlikely lovers remain true--or will she learn the truth before it’s too late?

WTF did I just read.....totally a mind fuck novel. I honestly can not even write a sane review for Consequences so I apologize now for it. In my opinion this can not be compared to any novel out there. It is definitely a one-of-a-kind read.
I did not see this as a love story, more of a thriller. Anthony is a sadistic, manipulative, cruel, control freak. He has to have control of everything and everyone. He is very abusive. I could not relate to him at all. Consequences push my boundaries when the "accident" happened. Because of this it had me  questioning my sanity. How can I read other dark novels and find some stuff like "mine fuck" and dubious consent acceptable. Okay maybe at the time not acceptable but somehow the hero redeems himself.  I think I came to learn it all had to do with the writing style. Monsters are not born they are made. I did not realize while reading Consequences that the part with Nathaniel, Samuel and Anton was about Anthony's past. These scenes I was so confused as they were thrown in scenes, not  italic. I was so flipping confused I kind of had an idea they were most likely family but had no idea it was representing his past until towards the end and is was told in plain view what it was. Then for his actions it all made sense of how he has become the man he is today. But even after that I still could not relate to the bad things he has already done by then I could not stand him.
As for Claire, I did not connect with her character till literally the end, like 95% into the novel. All it took was one thought.  Can not tell you what it was, as it will ruin the ending. I did not understand where her thoughts were going through this novel. She had a decent life before being taken, could not understand her Stockholm syndrome. Really who would understand her if not have been taken before. Usually in reads like this with captivity, readers kind of  understand how the heroine can have Stockholm syndrome because their life before being taken was actually worse. Yes she lost her parents who loved her and her sister dearly and then after her grandparents raised her and her sister she lost them. There was just not enough background to say she had a rough life.
As for my rating  3 stars liked it - is because of the downs and ups of this novel. For the downs, I did feel like I was reading 2 stories. Anthony falling in love with  Claire came abruptly. There was no easing him into falling in love with her. So even after he tried to be a good man for her it drove me nuts. He has dual personalities, the good Tony who is sweet, loving then the bad Tony who is a cruel, abuser. Many scenes are very long and boring.  Consequences does  not flow right, layers in the character development are not smooth and no depth of the characters.

The upsides to  Consequences is it was able to seriously fuck with my mind. Many times when I thought the story was not going anywhere I was about to add another DNF to my list but no I had to keep reading because I had to know how does he know her and why did he kidnap her. Then when things started to pick up with all Anthony's mind fuck games I could not put it down. Even though I could not always connect with the characters and did not always feel their emotions trust me when I say Tony put the fear in me. I was right there with Claire hoping she will not be late or say something to where she breaks a rule that will cause consequences.  Then bang the good Tony would come out and the boring scenes started back up. Every time this happened with good Tony I had to put the book down and ease my mind, do something productive in my house. So I would start cleaning but would not get very far because I had to know if this would be a scene where it starts off with good Tony but ends with bad Tony and his "Mind Fuck" Games. Never knew what was going to happen next. Consequences took over my life, I could not sleep the first night. All I thought about was Claire and Tony and how the pieces of this Puzzle fit together because for the life of me I could not put the pieces together. It made me grouchy, seriously I was snippy with my family. I did not want anyone to bother me because I had to read and put this freakin puzzle together. For me the pieces of this Puzzle did not come together till towards the end. The last 15% of the novel was  fantastic could not swipe my kindle fast enough. That being said it was not enough for me to give a higher rating. The cliffhanger and the end was good but it was the cliffhanger in the epilogue that blew my mind.  The plot was a brilliant idea and Consequences has potential to be a 4 stars - Loved It or 5 stars with some tweaking.
I highly recommend Consequences as I believe every one should experience getting "Mind Fucked" at least once. I am happy I stuck with the novel and got to experience it. Consequences is a hot mess....I need more. I need to know how the story is going to play out. Claire and Tony are still on my mind.
Add To Goodreads