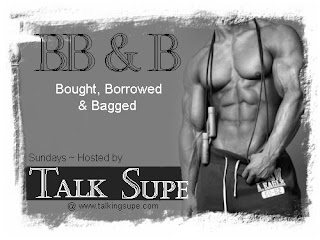 I have been doing boot camp for over a month and picked up a personal trainer twice a week for kickboxing. So I have been working out for the last  week in the evenings, Monday through Friday...It is kicking my ASS. By the time I go to bed I am dead to the world. I am only able to read a few pages before I am done in for the night. My poor butt is out before 10pm. Bad News it is taking me forever to read The Outlaw, but I am still loving every moment of it.  I was able to buy a novel this week and get a few reviews in. 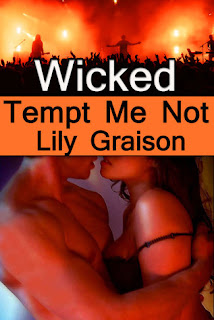 Blurb:
Book 1 in the Boys of Wicked Series

Devin Shaw, front man for the band, Wicked, is forced into seclusion by his manager after his destructive behavior almost destroys the band. Sent to a remote cabin alone isn't Devin's idea of fun, but to save his career, he'll do what it takes.

Holly Baker, escaping the hassles of her big city life, arrives in the mountains of Tennessee and awaits the arrival of her friend, Roxy, to start their two-week vacation. Their plans change drastically when Roxy is called away at the last minute, leaving Holly to fend for herself.

Devin and Holly's worlds collide when a mix up strands them in the same cabin. Alone with nothing but each other for companionship, how will Holly react when she realizes she's trapped with none other than the hottest lead singer the country has seen in years? Will Devin be able to work with a constant distraction the pretty brunette offers? Or will the two discover that sometimes temptation is a wicked dessert best served hot!

Posted by JoLee @ Wickedly Delicious Book Blog
Email ThisBlogThis!Share to TwitterShare to FacebookShare to Pinterest
Labels: BB and B meme