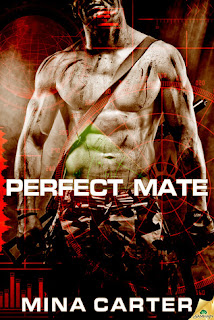 Lillian Rosewood leads an ordinary, boring life working as the manager of a psychiatric hospital. The highlights of her day, other than her skinny hot chocolate, are the hunky guards who work in the secure section. Until a late night emergency is wheeled in.

Captain Jack Harper is insane, drop-dead gorgeous...and just had his abdomen shredded. Despite the fact they're not an emergency room, Lillian can't turn him away and risk a death on her hands. Unable to get the handsome soldier out of her mind, Lillian sneaks into the restricted area to check on him. What she finds is beyond belief. Somehow Jack has managed to heal himself from a near fatal wound in mere hours.

When one of the doctors, Walker, attempts to rape her, things go from bad to worse. In the blink of an eye, Jack is loose and Walker is dead... and Lillian must accept a truth about her rescuer that will change her world forever. What if the patients aren't insane? What if their stories of secret government experiments and monsters are true?

﻿
One of my favorite genres is instant mating with an Alpha Male hero. I was so excited I found this book on a whim while finding another book. I bought it based on some good reviews with Alpha Male heroes and was compared to Lora Leigh and Laurann Dohner. Two of my favorite authors. What I like the most with this series is the only thing similar to The Breeds and New Species is the characters are experienced on with another species DNA and sexy alpha male heroes. What I enjoy most it that aside from the 2 similarities with the Breeds and New Species series is that Mina Carter opens up a whole new world with Lycans, Vampires and Zombies mixed in one book.

Jack is your Alpha Male hero who has been experienced on with an animal DNA. He is very protected of Lillian who is his mate. When any harm is being done to Lillian the beast in him loses control and she is the only person who can soothe the beast in him. The beast in him  is usually angered and resentment but being around Lillian calms it. Jack does not hold anything back, when anything or anybody hurts Lillian. That man can kick some serious Zombie and human butt. The scenes where he is out of control are graphic and you feel like you are there on the sidelines watching the brutal beatings this man gives. He is also a loving hero who is sweet and I love when a hero will caress the heroine. Logan does not disappoint in the caressing department.

Lillian does not know why but she has been drawn to jack since he came to the hospital on a gurney. I was not big on the way she thought of poor Jack while he was bloody and beaten up. She is basically drooling how sexy he is, but then has to stop herself because she should be thinking about how to help is wounds.
I did want more teasing between Logan and Lillian. The first kiss is like around 14% and love scene was like 66% in the book. There was more fighting off the zombies, others out to get Logan and trying to escape the hospital. I love a good mixture of romance and action but this book did not have it.
For me I was more interested in Antonia (Toni) and Darce. I really hope they get their own book. Darce should not be interested in Antonia. For the reason you really will have to buy this book to see the fun scenes they have.

“Or I’ll rip your head off and dance in your entrails.”

“Sure you will, sweetheart.” He blew her a kiss his words light and joking. “And I’ll put you over me knee and spank that luscious backside of yours.”

She snarled a wordless sound of anger and frustration. He beckoned her on, his eyes as hard as amber stone they mimicked.

I hope this is a series as it left me wanting to know more about the secondary characters. I will definitely buy more books by Mina Carter as I seen already that were interesting. 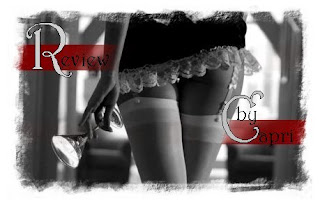