Sunday Post is a weekly recap hosted by Caffeinated Reviewer
Stacking The Shelves is a weekly recap hosted by Tynga's Reviews & Reading Reality
Life: Hello. Hope you all had a beautiful week. Celebrated another birthday Sunday this time for my grandson. Can not believe he is going to be 5 on May 8. He was not sure if wanted Bounce House party or Bowling party. He chose bowling. We should of went with The Bounce House. 5 years olds and bowling a little crazy. He had a so much fun with his friends so that is all that matters.
Been busy with work and at home and finally getting a little bit better with my cough. Not a lot of posting going on with the blog or visiting. Last few weeks have been exhausting. Hopefully within the next few weeks I can get caught up with everything.
Bought: Found a freebie. Enjoyed the 1st book in Alyssa Days Warriors of Poseidon series. Now she has a spin off Poseidon's Warriors with novellas. 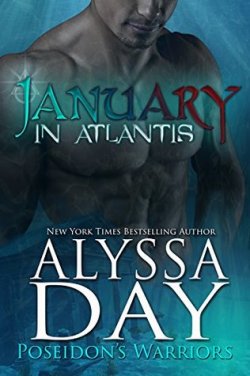 When black sheep Flynn returns to Atlantis after more than a decade away, he discovers that his brothers thought he was dead and moved on with their lives.  But before he can wrap his brain around that problem, Poseidon himself taps Flynn to be one of a new generation of elite warriors.  Now he only has to: learn how to be part of a team, rescue a group of kidnapped girls from the Hell’s Dark Angels motorcycle gang, and try to understand why a certain redhaired bartender with an affinity for animals is driving him mad…
Eva Calandar needs to run.  Again.  Her ex-boyfriend, a black magic practitioner, has tracked her down.  Again.  But she might be the key to rescuing a group of girls from becoming human sacrifices, and there’s a certain astonishingly hot Atlantean warrior with a fierce protective instinct who is making her think longing thoughts of finally making a stand.
Together, they’re so much stronger than they were apart, but the heat between them may be enough to burn down the world.
No matter what the temperature is in January . . . in Atlantis.

Have a beautiful week