Sunday Post is a weekly recap hosted by Caffeinated Reviewer

Hello sweet friends. Late for my Sunday Post. The spring projects have begun in the Purol Household. We got four Spring  projects (possibly five) this year. Three of them are back to back (four and possibly five are a little later I hope) crazy right. Thanks to Mr. Delicious. He can never spread anything out.  First up is the Bathroom. Who in the heck puts Textured Wallpaper in a bathroom? That's right some home owner before us. Seriously does not wipe off easy. Well no more 22 years later finally getting it done.

I finally have a book haul. Needed me a Curran fix and that is what I got. Loved it.  I planned on having Hard Play on my Sweet Temptation Feature but never got around to finishing up my post. Why I have not idea. Excited it was on sale. You know I love my Badass Bikers and look what I found free on The Book Disciple - Freebie Friday. Hope it is good. 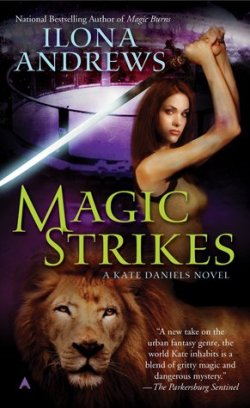 When magic strikes and Atlanta goes to pieces, it’s a job for Kate Daniels…
Drafted into working for the Order of Merciful Aid, mercenary Kate Daniels has more paranormal problems than she knows what to do with these days. And in Atlanta, where magic comes and goes like the tide, that’s saying a lot.
But when Kate's werewolf friend Derek is discovered nearly dead, she must confront her greatest challenge yet. As her investigation leads her to the Midnight Games—an invitation only, no holds barred, ultimate preternatural fighting tournament—she and Curran, the Lord of the Beasts, uncover a dark plot that may forever alter the face of Atlanta's shapeshifting community… 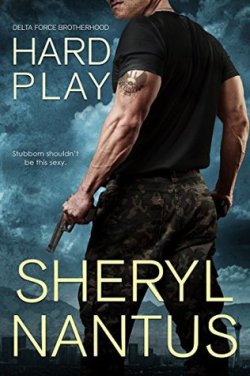 For fans of Maya Banks’ KGI series, prepare to meet the men of the Delta Force Brotherhood, a sexy new contemporary series where kicking ass and living hard is just how they roll.
Ex-special forces ranger Dylan McCourt is a stone cold killer who cares only about his military brothers and doing what’s right. He’s used to giving orders and has zero patience for bullshit. Most people tremble when they look him in the eye, but not his infuriatingly sexy new rescue mission, Jessie Lyon. She just juts her chin and says she’s not leaving without clearing her father’s name, to hell with his rules. And was that a one finger salute he sees in her eyes or his imagination? Either way, he knows this is one job his training might not have prepared him for. 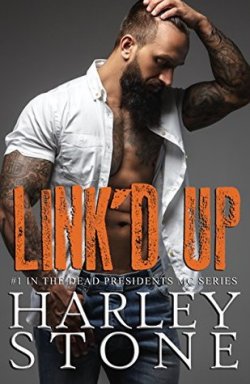 President Tyler “Link” Lincoln of the Dead Presidents MC, runs a club dedicated to helping military vets readjust to society. When his sergeant at arms is arrested for the attempted murder of a prominent Seattle figure, Link’s search for a lawyer brave enough to fight for justice leads him to an alluring defense attorney with a bleeding heart and a steel backbone.

This isn’t the first time Emily Stafford’s commitment to defending the falsely accused has put her in harm’s way. Smart, cautious, and independent, she knows how to defend herself. At least, she did until she joined forces with one sexy, overbearing, tattooed MC president.

Flames run hot as Link and Emily seek shelter in the club’s converted fire station, working against the clock to uncover the truth and save a somewhat innocent man.

18+ for language and sexual situations...

Favorite Quote:
He shrugged and smoothed his hair back with hands that were shaking worse than hers. "I had no choice, Cyn. When Raphael says jump, I say, "Please don’t hurt me, Master." Lonnie (Raphael)

In need of some Luke Brian Strip It Down

Hope you all had a beautiful week. Start your Spring projects yet? How was your book haul?