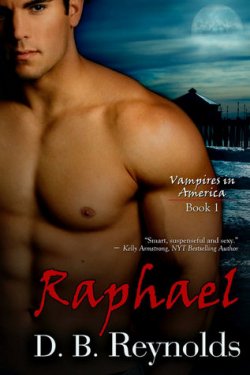 Malibu, California-home to rock-and-roll gods and movie stars, the beautiful, the rich... and vampires.

Powerful and charismatic, Raphael is a Vampire Lord, one of the few who hold the power of life and death over every vampire in existence. Thousands call him Master and have pledged absolute loyalty on their very lives. But when, in a brazen and deadly daylight attack, a gang of human killers kidnaps the one female vampire he'd give his life for, Raphael turns to a human investigator to find his enemies before it's too late.

Cynthia Leighton is smart, tough and sexy, a private investigator and former cop who's tired of spying on cheating spouses and digging out old bank accounts. When Raphael asks for her help in tracking down the kidnappers, Cyn's happy to accept. But she soon realizes her greatest danger comes not from the humans, but from Raphael himself.

Battling Russian mobsters and treacherous vampires, and betrayed by those they trusted, Cyn and Raphael find themselves fighting for their lives while caught up in a passion of blood and violence that is destined to destroy them both.

Rating: 4 Stars - Loved It
I have a new Vampire crush and another favorite couple. Raphael is A Powerful Vampire Lord who is  head of all Vamps in his territory. No one betrays Raphael even his vampires or human workers and not pay a price. Every one that knows him or heard of him fears him as they should. Love that readers are shown how powerful Raphael is. He is to the point and has no patience for mistakes. He is protective of all his vampires. Loved that I got enough details on Raphael's past.
Cyn has a strong backbone but at the same time has personal issues like everyone else. Has no problem protecting herself from a vampire if it came down to it. She might fear Raphael and his vampires but she sure as not going to show it. She can hold her own with Raphael but also knows when to back off.
The Romance was not front and center or love at first sight. Their relationship develops right a long with the story. This worked just fine for me as I got to see Raphael slowly be intrigue with Cyn. Especially since Raphael and other Vampires see Humans weak. The more time Raphael spends with Cyn he does not see her this way.
Had some good secondary characters loved Duncan and Lonnie. Duncan is Raphael right hand Vamp. Lonnie is the head of the Feedlot for the vampires also is some what a friend with Cyn. His character did bring some humor to the book.
He shrugged and smoothed his hair back with hands that were shaking worse than hers. "I had no choice, Cyn. When Raphael says jump, I say, "Please don’t hurt me, Master."
The world building  was easy and right along with Cyn  I was learning about the Vampires ways. Most Vampires do not interact with humans more so in a business dealing. Loved that humans do know Vampires exist but some who have not met any think they are just rumors.
Plot was interesting with the kidnapping of Raphael's female vamp. Nice twist I did not see coming. Cyn did have me on the edge of my seat especially with one scene. I was so nervous and not sure how everything was going to work out for her.
D.B. Reynolds easy story telling has me wanting more. I think I might of found a new Vampire series.