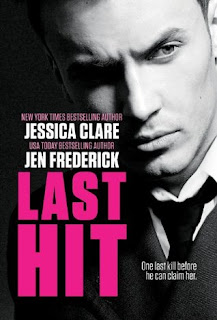 Nikolai:
I have been a contract killer since I was a boy. For years I savored the fear caused by my name, the trembling at the sight of my tattoos. The stars on my knees, the marks on my fingers, the dagger in my neck, all bespoke of danger. If you saw my eyes, it was the last vision you’d have. I have ever been the hunter, never the prey. With her, I am the mark and I am ready to lie down and let her capture me. Opening my small scarred heart to her brings out my enemies. I will carry out one last hit, but if they hurt her, I will bring the world down around their ears.

Daisy:
I’ve been sheltered from the outside world all my life. Homeschooled and farm-raised, I’m so naive that my best friend calls me Pollyanna. I like to believe the best in people. Nikolai is part of this new life, and he’s terrifying to me. Not because his eyes are cold or my friend warns me away from him, but because he’s the only man that has ever seen the real me beneath the awkwardness. With him, my heart is at risk..and also, my life.

I really wanted to love this book. The synopsis is amazing, the cover is drool worthy and overall the story flowed well but I had many issues with it. For starters my biggest issue was there were no ups/downs. It was like the tone of the book was the same through out. There was one tiny part about 80% that looked liked it was going up but that was cut off very shortly.

Loved that both characters led different lives but at the same time both were lost in the world. Neither of them new what it is to live a normal life, truly love someone or have someone love them back . I did feel they were the perfect match for each other. I get why they had an instant attraction to each other. I really wanted to feel something for them. Nikolai did have his swoon moments.

I tell her about the tattoos that cover my body. "The stars on my knees mean  I bow before no government. The marks on my fingers tell you I have killed, and the dagger in my neck that I kill for money. The markings on my shoulder indicate how high in the Bratva I was. These marks all told people I was not a man to be fucked with," I pause and close my eyes and pray for strength. "I would come to you unblemished, if I could."

Enjoyed a few of their sexy moments together. But then there were some that were the worst I have ever read. I get she is a virgin and inexperienced but I really did not need a step by step course from him giving her directions on how to pleasure him. Huge turn off. I want some kind of sexiness in the bedroom department, does not have to be full blown erotic but at least make it somewhat sexy. Some of the sex term used was another huge turn off.  One that actually had me laughing was "cockstand" seriously "hard-on" or "erection" would of worked for me. Just did not look right in a sentence.

I feel her gaze upon me and my cockstand lengthens.

The overall plot is amazing but the execution is not done well. I love where the plot is leading to and Daniel has caught my attention so I am not giving up on this series. I will give it another with his novel.

I have got to ask. Have you ever heard or read cockstand in a novel before?