Fallen For Covers: #26 Til Death by Kate Evangelista 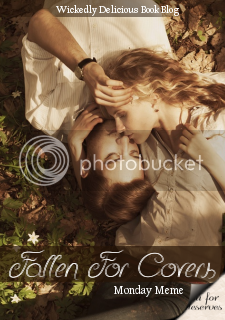 Fallen For Covers is a Meme hosted on Mondays by Wickedly Delicious Book Blog. This Meme is to show off Young Adult and New Adult covers you have Fallen For. It can be new, old or not release yet. Please only post YA/NA covers. If have an adult cover you will love to show off head on over to TBQ's Book Palace on Sundays and partake in Lusting For Covers Meme. To join Fallen For Covers please follow the linky at bottom of post.

How to join:
I love all Kate Evangelista covers. They are always breathtaking. I love how the red flowers in her dress matches the red (I believe maybe blood) in the grass. I look forward to a new series by Kate Evangelista. 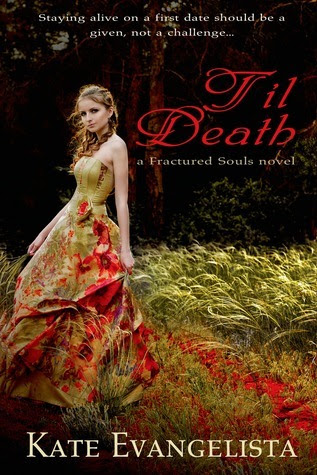 Til Death (Fractured Souls #1)
by Kate Evangelista
Release Date: March 4, 2014
Add To Goodreads
Sixteen-year old Selena Fallon is a dreamer. Not a day-dreamer, but an I-see-the-future kind of dreamer. Normally this is not a problem as she has gotten pretty good at keeping her weird card hidden from everyone in her small town. Except from her best friend Kyle and her grandparents, of course. But when Selena dreams of her own rather bloody death, things get a little too freaky even for her.

Enter Dillan Sloan. Selena has seen the new guy in a different dream, and he is even more droolworthy in person. Beyond the peircing blue eyes and tossled dark hair, there is something else that draws her to him. Something…electric. Unfortunately, Dillan makes it more than clear that he does not feel the same. They just met, so why would he act like he hates her?

When Dillan and Selena are forced together one weekend to work on a school project, Selena prepares to be ignored as usual. But when she stumbles across a few undead in the backyard, Dillan comes to her rescue and reveals a whole lot more. Not only is he part of a society that hunts otherworldly creatures…she is too. And she is being targeted by a force bigger and darker than anything she ever imagined. Despite her death dream, Selena is not going to give up easy, especially when she discovers that Dillan might not actually hate her after all.